Dark Matter: Art and Politics in the Age of Enterprise Culture by Gregory Sholette 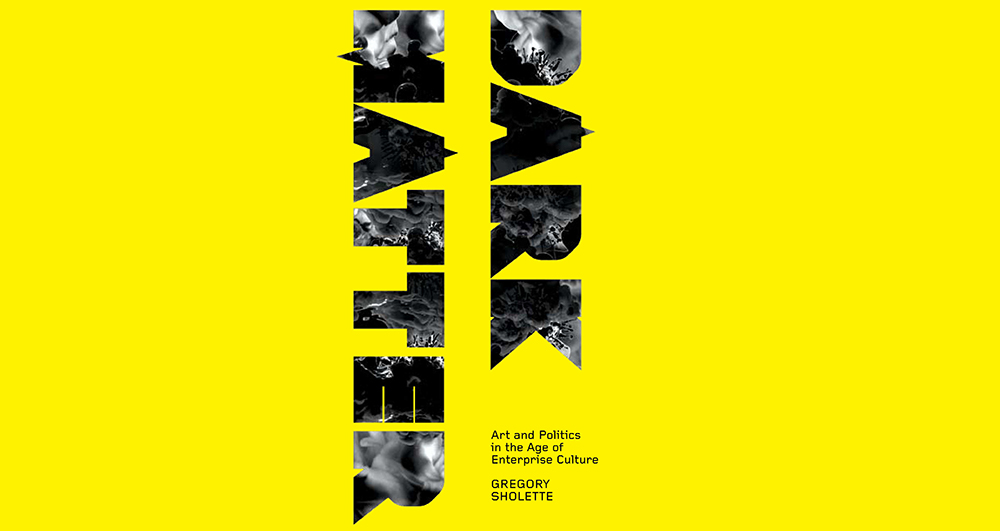 Gregory Sholette is a New York-based artist, writer, and founding member of the artists’ collectives Political Art Documentation/Distribution (PAD/D: 1980-1988), and REPOhistory (1989-2000). A graduate of The Cooper Union (BFA 1979), The University of California, San Diego (MFA 1995), and the Whitney Independent Studies Program in Critical Theory, his publications include Dark Matter: Art and Politics in an Age of Enterprise Culture (Pluto Press, 2011); Collectivism After Modernism: The Art of Social Imagination after 1945 (with Blake Stimson for University of Minnesota, 2007); and The Interventionists: A Users Manual for the Creative Disruption of Everyday Life (with Nato Thompson for MassMoCA/MIT Press, 2004, 2006, 2008), as well as a special issue of the journal Third Text co-edited with theorist Gene Ray on the theme “Whither Tactical Media.”

Sholette's recent exhibitions include Fifteen Islands for Robert Moses at the Queens Museum of Art (2012), Imaginary Archive Galway, for the Tulca Arts Festival in Ireland (2011), and a two-person exhibition at the Santa Fe Art Institute in New Mexico (2011), as well as serving as co-curator with artist Oliver Ressler for the exhibition “It’s the Political Economy Stupid!” at the Austrian Cultural Forum in New York (2012).

Sholette is an Assistant Professor of Sculpture at Queens College: City University of New York (CUNY), has taught classes at Harvard, The Cooper Union, New York University, Colgate University, and teaches an annual seminar in theory and social practice for the CCC post-graduate research program at Geneva University of Art and Design. He is a member of the Curriculum Committee for the Home Workspace Program in Beirut, Lebanon.

There will be a book signing from 6pm, with a lecture by the author at 8pm. Admission is free.