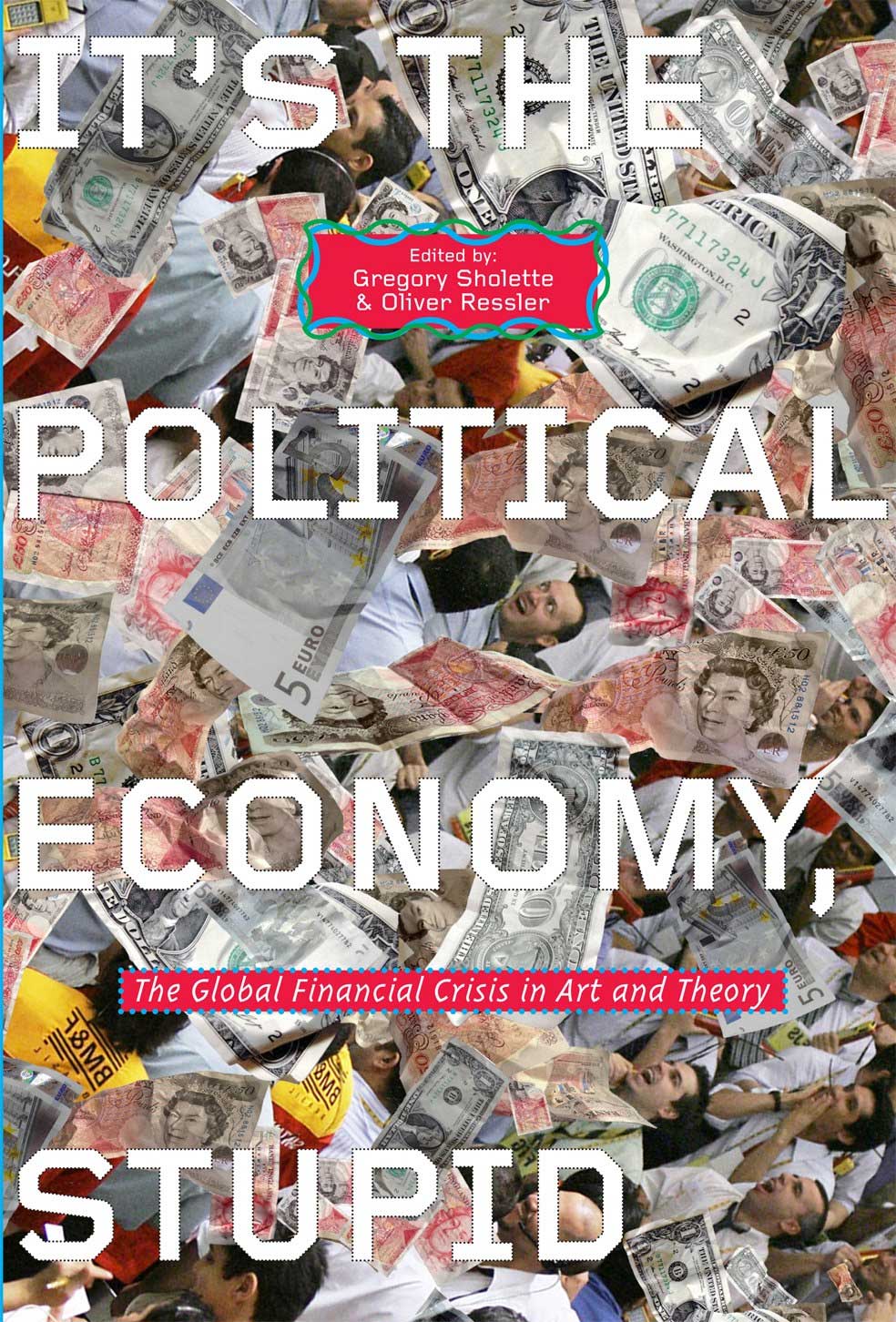 Gregory Sholette is an artist, activist and author based in New York. He co-founded two artists’ collectives: Political Art Documentation and Distribution (1980-88) and REPOhistory (1989-2000). He is the author of Dark Matter: Art and Politics in the Age of Enterprise Culture (Pluto, 2010) and is a member of the Curriculum Committee for Ashkal Alwan's Home Workspace Program in Beirut.

Oliver Ressler is an artist and filmmaker based in Vienna. His work has been exhibited across the world including at the Berkeley Art Museum, USA; Platform Garanti Contemporary Art Center, Istanbul and the Alexandria Contemporary Arts Forum, Egypt. He is the editor of Alternative Economics, Alternative Societies (2007).

A book about the global financial crisis in art and theory "Confrontational, intellectual, and occasionally amusing group show, which squarely aligns itself with the Occupy movement" - The Village Voice, praising the exhibition on which the book is based.

"This exhibition, curated by artists Oliver Ressler and Gregory Sholette, predominantly comprises video-based political works from an international roster of artists. Taking its title from an essay by cultural theorist Slavoj Zizek, who adapted the phrase from a 1992 Bill Clinton campaign slogan, the show is a timely reminder of the perils of unchecked free-market ideology." - David Markus, Art in America.

"In the wake of the capitalist crisis, very few cultural institutions have dared to address the horrors of greed that plague us in such a direct and haunting way." - Alexander Cavaluzzo on Hyperallergic. It’s the Political Economy, Stupid argues that it is time to push back against the dictates of the capitalist logic and, by use of both theoretical and artistic means, launch a rescue of the very notion of the social. Edited and organized by two activist artists, Gregory Sholette and Oliver Ressler, the project offers a powerful indictment of the current capitalist crisis.

The book was designed by artist and activist Noel Douglas using visual themes based on graphics derived from Goldman Sachs online stock market pages and features images from the exhibition of the same name now on view in Pori, Finland.