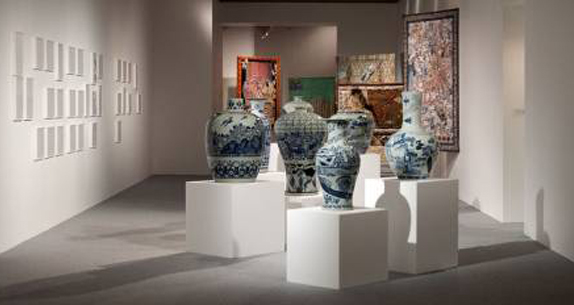 Please join us for the launch of Spectral Imprints, with talks and Q&A with Nat Muller and Raed Yassin, and a reading by Fadi Tufayli, at Home Workspace on Tuesday 22nd January 2013 from 6pm-9pm.

On the occasion of the publication of Spectral Imprints, curator/editor Nat Muller, artist Raed Yassin and writer Fadi Tufayli engage with the possibilities and impossibilities of visually, and materially, representing history and memory at a time when the past and the present collide. The program will among others focus on the notion of repetition and how it manifests itself strategically and performatively throughout the artworks that make up the Spectral Imprints exhibition and its publication.

This evening explores the political and symbolic value of what occurs when the gesture of repetition becomes cast in artistic projects: What type of rituals does it suggest? What sticks or vanishes with every repetition? What type of experiential or physical imprint is left? And how does seriality differ from singularity?

Throughout the program we will discuss the curatorial, editorial, artistic, and design-related strategies that have been brought to the ghosts and histories of the Spectral Imprints project and beyond, and explore the very instance when narratives of the past become tangible and present, and break into the current moment, only to disappear again like phantoms, leaving – repeatedly - an imprint of recognition or confusion that can be interpreted along a multiplicity of meanings and frameworks.

Risham Syed on The Seven Seas

Wael Shawky on A Glimpse of Clean History

Fadi Tufayli is a Lebanese writer, poet and translator. He has worked as a journalist for various Lebanese newspapers since 1995. He has published three books of poetry and translated literary and mythological works. Currently, he is editor-in-chief of Portal 9, a new Lebanese journal concerned with stories and critical writing about the city.

Nat Muller is an independent curator and critic based in Rotterdam. Her main interests include: the intersections of aesthetics, media and politics; media art and contemporary art in and from the Middle East. She has held staff positions at V2_ Institute for Unstable Media in Rotterdam and De Balie, Centre for Arts and Politics in Amsterdam. She is a regular contributor for Springerin, MetropolisM and her work has been published in Bidoun, Art Asia Pacific, Art Papers, X-tra Majalla, ARTPulse, Daily Star, De Gids, De Volkskrant, Art Margins and Harper’s Bazaar Arabia. She has curated video screenings for projects and festivals in a.o. Amsterdam, Rotterdam, Berlin, New York, Istanbul, Copenhagen, Ljubljana, Grimstad, Lugano, Dubai, Cairo and Beirut. With Alessandro Ludovico she edited the Mag.net Reader2: Between Paper and Pixel (2007), and Mag.net Reader3: Processual Publishing, Actual Gestures (2009), based on a series of debates organized at Documenta XII. She has taught at the Willem de Kooning Academy (NL), ALBA (Beirut), the Lebanese American University (Beirut), A.U.D. in Dubai (UAE), Donau university Krems (AT) and the Rietveld Academy (NL). She has served as an advisor on Euro-Med collaborations for the European Cultural Foundation (ECF), the EU, and as an advisor on e-culture for the Dutch Ministry of Culture. She is currently working on her first book for the Institute of Network Cultures and 010/Nai Publishers. She serves on the advisory board of the Palestinian website project Artterritories (Ramallah), the arts organisation TENT (Rotterdam), seats in the selection committee of the Mondriaan Fund (NL), and has served on the fine arts committee for the Dutch City of Utrecht. In 2012 she curated Spectral Imprints for the Abraaj Capital Art Prize 2012. Nat Muller is a nominator for the prestigious 2013 Jameel Art Prize, is editorial correspondent for Ibraaz and most recently was a speaker on BBC World's award-winning programme The Doha Debates.

Raed Yassin was born in Beirut in 1979. He graduated from the theatre department at the Institute of Fine Arts in Beirut in 2003. An artist and musician, Yassin's work often originates from an examination of his personal narratives and their workings within a collective history, through the lens of consumer culture and mass production. He has exhibited and performed his work in numerous museums, festivals and venues across Europe, the Middle East, the United States and Japan, including The New Museum in New York (2012), "Sharjah Biennial 10" (2011), Delfina Foundation in London (2010-2011) where he has completed a residency program, "Manifesta 8" in Murcia (2010-2011), Centre Georges Pompidou in Paris (2011), De - Ateliers in Amsterdam following a 2-year residency, "Home Works 5" in Beirut, (2010) and Photo Cairo 4 (2008). Yassin was awarded the Fidus Prize for The Best of Sammy Clark at Beirut Art Center's Exposure (2009), the Abraaj Capital Art Prize (2012), the AFAC grant for production (2010), the YATF grant for production (2008 & 2012) and the Cultural Resource grant for production (2008). Yassin is one of the organizers of IRTIJAL Festival, and has released 11 music albums and founded the production company Annihaya in 2009. He is also a founding member of "Atfal Ahdath" a Beirut based art collective. He currently lives and works in Beirut and represented by Kalfayan Galleries (Athens – Thessaloniki).