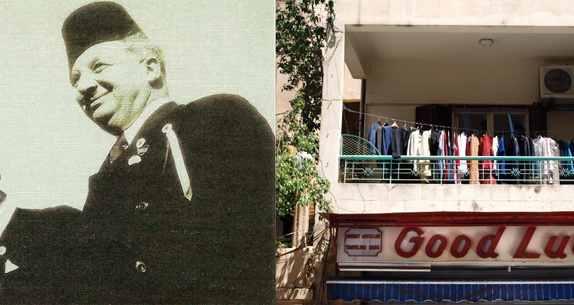 In 2000, Sandra Iché writes the story of L’Orient-Express, a Beirut-based francophone magazine from the 1990s, founded and directed by the historian and journalist Samir Kassir. 10 years later, Sandra Iché conducts a new series of interviews with the former contributors of L’Orient Express. This time, however, the interviewees follow a method designed to prevent speech from reproducing the real, a real doomed by the “Arab misfortune”. Rather, the protocol of the interviews lends itself to fiction: the interview takes place in 2030, where we stand today and remember the past. Wagons Libres is a spatial and a deconstructed performance of the documentary apparatus where each element is deployed in single units - aural and visual archives, work notes, voice-over, testimony, framing and focus. It is a talk-fiction pervaded by questions around the construction of history and the acts of narration.

Warmest thanks to all interviewees:

Sandra Iché studied History and Political Sciences at Université Paris I-Panthéon Sorbonne (Publication, June 2009: L‘Orient-Express, chronique d’un magazine libanais des années 1990, IFPO, Beirut) and Performing Arts at The Performing Arts and Training Studios (P.A.R.T.S.), a contemporary art school in Brussels directed by Anne Teresa de Keersmaeker. In September 2006, she joined the dance company Maguy Marin / National Choreographic Center of Rillieux-La-Pape and performed with the company internationally. Since 2010, she has pursued her artistic research on the logic of the naturalization of constructed social realities and the fabrication and writing of history, through performances, interviews, movies, publications… She is a founding member of LIEUES, an experimental art space and residency based in Lyon, and of Rodéo, an interdisciplinary magazine for academic and artistic research.