How Nancy Wished That Everything Was an April Fool’s Joke: A Play by Rabih Mroué 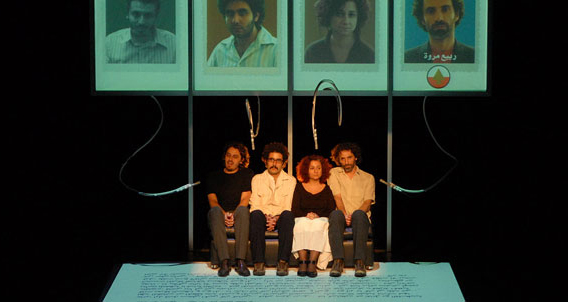 How Nancy Wished That Everything Was An April Fool’s Joke

A Play By Rabih Mroué

Four combatants recount chapters from the Lebanese wars through the battles they fought and still do, weaving thus part of the networks of political and military alliances and conflicts among Lebanese parties, – as well as the various other organizations operating on Lebanese territories – in whose wars the four imaginary fighters valiantly fought, and whose politics and ideological goals they valiantly defended.

First presented as part of the Tokyo International Arts Festival in March 2007, and presented in Beirut by Ashkal Alwan later that year.

Cover and book design by PenguinCube