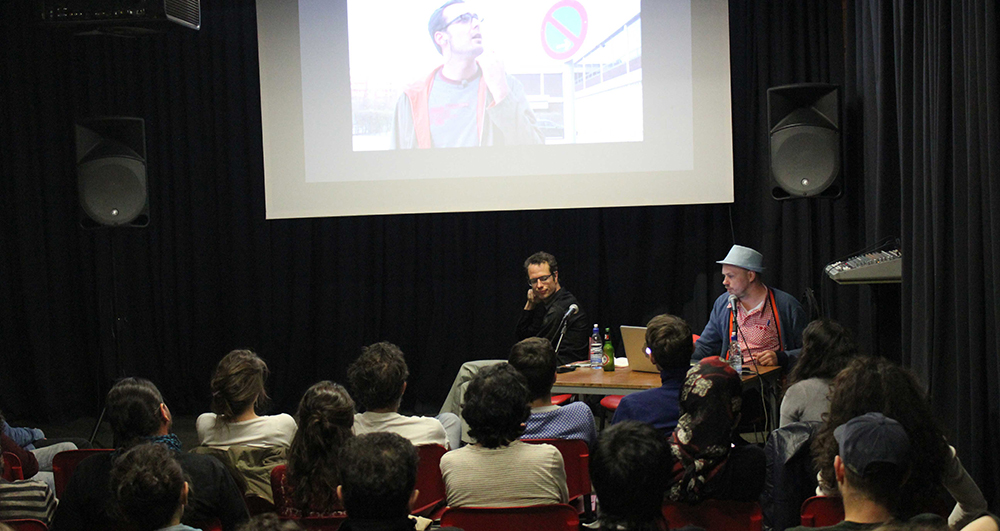 For more than ten years the Berlin-based theatre label Rimini Protokoll has developed and toured documentary theatre and political interventions around the world. The theatre of Rimini Protokoll does not set up an opposition between the stage and the audience, but integrates the two spheres in ever changing experimental set-ups. In doing this, they are interested in perception and the knowability of the world, in particular the knowability of human beings. The aim is to break open the complex that constitutes our reality, showing it in all its facets as a way of enabling us to interrogate it.

Rimini Protokoll apply their method to the world with enormous subtlety and great curiosity, bringing people and ideas together in constellations that always come as a surprise. In consequence, they have become the central figures in the documentary movement that has been making such an impact in German theatres over the last few years.

Rimini Protokoll is made up of Helgard Haug, Stefan Kaegi and Daniel Wetzel, who studied at the institut for 'applied theater science' in Giessen and work together (in various combinations) under this label. They are recognized as being among the leaders and creators of the theatre movement known as "Reality Trend", which has exerted a powerful influence on the theatre scene. Each project begins with a concrete situation in a specific place and is then developed through an intense exploratory process. They have attracted international attention with their dramatic works, which take place in that colourful zone between reality and fiction. Since 2000, Rimini Protokoll has brought its "theatre of experts" to the stage and into city spaces, developed with non-professional actors who are called "experts" for that very reason. From 2004 - 2012 Helgard Haug, Stefan Kaegi und Daniel Wetzel were artists in residence at Hebbel am Ufer (HAU) Berlin.