How and Why Modern Society May Already be Past: Talk by Dirk Baecker 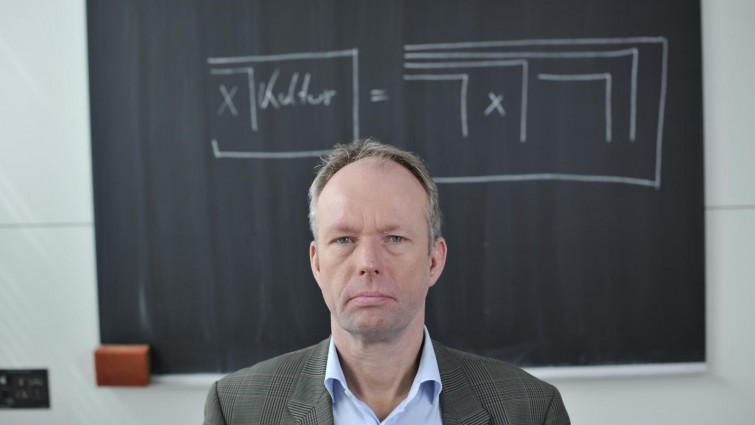 Ever since Marshall McLuhan's identification of the Gutenberg Galaxy coming to an end and a new society based on electricity, television, and the Internet, coming of age social and cultural studies struggle to determine the distinction between a modern and a next society. We seem to be only beginning to understand what modern society based on the printing press, a society of functional differentiation, and a culture of criticism, enlightenment, and individualization was about.

And it may well be that we have first to understand the accomplishments of modern society and its solutions to the problems of social complexity before we can even begin to think about a next society having to deal with interconnected computers participating in the most expert forms of communication.

This lecture discusses some first ideas about how to conceive of modern and next society, to be distinguished from tribal and ancient society, in turn based on oral language and writing, respectively. It proposes to distinguish between a social structure making sure that most differentiated means of communication may be used alongside each other, on the one hand, and a social culture trying to come to grips with the meaning of a rich potentiality of communication, on the other.

It may indeed be easier to criticize society for its many deficits. But that critique falls short of an understanding of society's dynamics. We have to think about the media of the distribution of communication, and we have to think about how any sensemaking may still be successful at all.

Dirk Baecker is a sociologist and holds the chair for cultural theory and analysis at Zeppelin University, Friedrichshafen, Germany. Baecker studied sociology and economics at Cologne University and Université Paris-IX (Dauphine). He graduated and habilitated in sociology at Bielefeld University and was visiting fellow at Stanford University, London School of Economics and Political Sciences, and Johns Hopkins University. His working fields are sociological theory, systems theory, culture theory, economic sociology, organization research, and management teaching.