Incident in a Museum: Screening and Conversation with Oleksiy Radynski 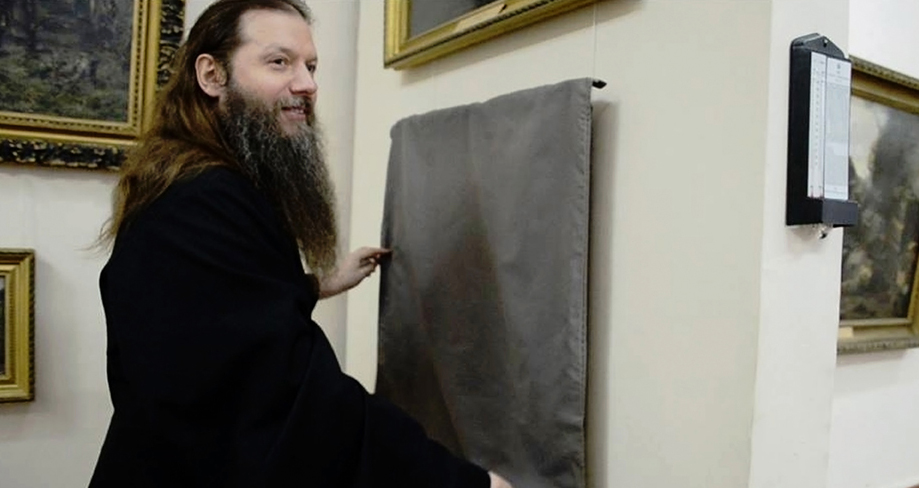 A Film by Oleksiy Radynski

Produced by Visual Culture Research Center, with the support from Center for Contemporary Art Ujazdowski Castle.

Incident in a Museum is a film that was shot as a by-product of a research into the interactions of art, politics and religion in the post-Soviet context, undertook by Visual Culture Research Center (Kyiv, Ukraine) in 2013. The film reconstructs a specific incident that occurred to the research group in the provincial art museum. The incident portrayed in a film represents the ongoing antagonism in the cultural field: 'the revenge of God', visible in the attacks of religious obscurantism on the realm of contemporary art, against the artistic attempts to replace religion with politics as an ultimate horizon of art as a social practice.

Oleksiy Radynski is a video maker and journalist based in Kyiv, Ukraine. He is a participant of Visual Culture Research Center, an initiative for art, knowledge and politics founded in 2008. He is also an editor of Ukrainian edition of Political Critique magazine and contributes to various online media, among others opendemocracy.net, krytykapolityczna.pl, and colta.ru. He is a participant of Home Workspace Program 2013-14 at Ashkal Alwan.