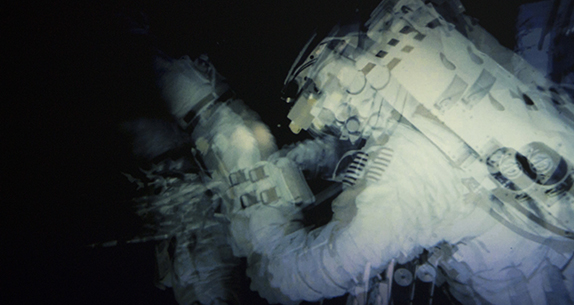 This event is part of the third chapter of Home Workspace Program 2013-14, led by resident professors Jalal Toufic and Anton Vidokle.

During the second half of the last century dolphins and orcas became a projection screen for all kinds of scientific fantasies: John C. Lilly tried to teach the animals English and NASA believed they could communicate with aliens. Tilikum is a video documentary, which connects marine mammal research with behaviourism, animal conditioning, early neuroscience, Hollywood, sensory deprivation and LSD experimentation.

Jan Peter Hammer is a German artist who lives and works in Berlin. In 2013 his art and video works were shown at the Bergen Assembly, Norway; 4th Athen Biennial; abc - art berlin contemporary and Yerbabuena Center for the Arts, San Francisco.