Montage in Writing: Workshop with 98weeks 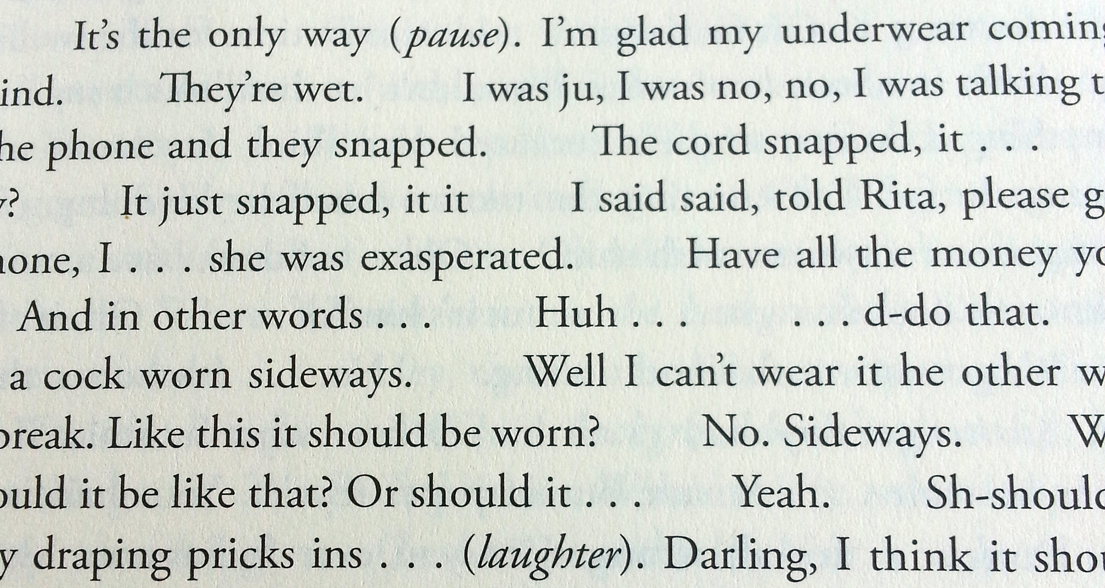 This event is part of the fourth chapter for Home Workspace Program 2013-14, led by resident professors Jalal Toufic and Anton Vidokle.

Montage in film consists of an assemblage of separate filmed sections, which form a whole, no matter how fragmented. Sections are selected, pasted together, cut, deleted, and assembled. When working on montage, rhythm, sequence and visual resonances are considered, but the politics of montage resides in the way relationships between images are created. Hito Steyerl reflection’s on montage, underlines the politics of editing and assembling images as a way of developing a “grammar of the political”. To reflect on the latter, 98weeks proposes a writing workshop that will tap into its current research, Feminisms. We will look at montage in writing as a technique to express a female or feminist subjectivity, and look at what grammar—using conjunctions, syntax, and punctuation— writers have used in order to reorganize the relations between subject and object, politics and rhetoric.

The workshop’s starting point will be Steyerl’s text, The Articulation of Protest. Participants will be asked to produce material responding to the text, paying particular to the effects of conjunctions such as “and”, and, or, “or”. Since this is a writing workshop, we will mainly be working on the page, although participants are also welcome to collect sound and images during the research process. The workshop will look at different writing techniques related to “montage” in the work of authors such as Kathy Acker, Tan Lin and William Burroughs. The outcome will be a collaborative text collating materials gathered by the participants. Throughout the workshop, the writing process—from note taking to copy editing to the final stage of publication—will be reflected upon as a form of production.

This first session will examine the rapport between writing and montage, writing as montage. Departing from Steyerl’s text The Articulation of Protest, we will look at “the grammar of the political” in writing; how techniques such as appropriation, plagiarism, the use of different voices, shifting pronouns, and the swaying between genres, offer a range of tools to write or re-write our subjectivities into text. We will ponder the way female and feminist writers such as Kathy Acker have relied on such techniques to express the “unspeakable”.

During the first part of the session we will read and discuss the Steyerl/ Acker connection. In the second part, participants will craft a text out of existing texts. The session will end with the reading of each participant’s piece.

This session will investigate the process of piecing textual elements together, paying close attentions to conjunctions (the kind of subordination or coordination they create) voice (looking at the use of the first person versus other forms of enunciation), and how these elements shape narrative. Between the first and the second workshop, participants will develop their initial text (or write something new). They can also bring an aural response to the first session (aural material will be transcribed collectively).

During the first part of the session, we will read Etel Adnan’s The Arab Apocalypse and look at the way in which the text relies on “visual” articulations and signs for its montage. We will also read Layli Long Soldier’s “Whereas” in which the author subverts official and bureaucratic language by exploring the “fake” opposition offered by the conjunction “whereas”.

In the second part of the session, participants will for group of four and create “one” text out of other participants’ responses. Visual and aural material can also be inserted as “connections” between different textual parts. While crafting the text, we will reflect on the politics of these “connections”, whether they collate, separate, juxtapose, oppose, and to what end. The resulting texts will then be collectively workshopped. If time allows, we will attempt creating one text out of the different group texts.

Readings: The Arab Apocalypse by Etel Adnan and Layli Long Soldier’s "Whereas".

The Sentence as Montage. Led by Christopher Pérez

Lisa Robertson writes, “The citizen’s body, in its charged relationship to other bodies, is the temporal matrix and radical mediator of politics.” This third session will write toward an articulation of this charged relationship, which in Hito Steyerl’s terms we might call “the spark of the political.” Focusing on the sentence and how it traverses the page much like the body traversing an urban landscape, participants will explore the relationship between the sentence and the body, particularly a feminine one, and question how parataxis can create the conditions for politicized oppositional expression.

During each day of the week leading up to this workshop, participants will write candid message to themselves, using the pronoun “you” to address the “dynamic of desiring and refusal, attraction and repulsion” that guides your body through the urban landscape. After writing each message, they will fold them as small as possible. Forget them. But don’t forget to bring them to the workshop. We will work with these messages, though we will not share them.