2084, Episode 3: The Noosphere - Screening and Conversation with Anton Vidokle and Marwa Arsanios 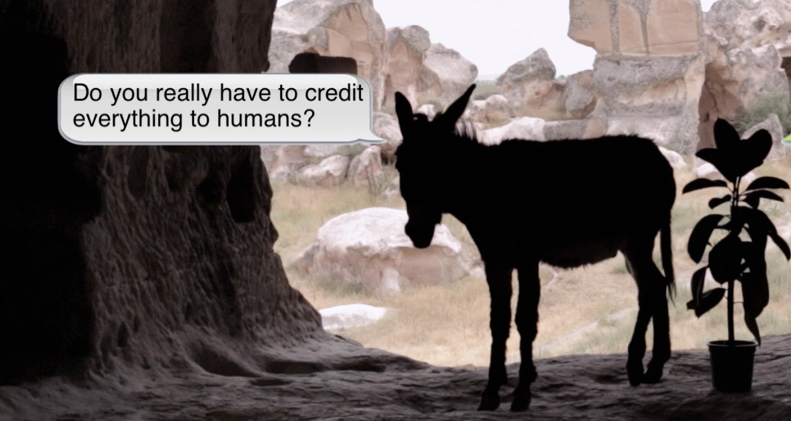 This event is part of the fourth chapter of Home Workspace Program 2013-14, led by resident professors Jalal Toufic and Anton Vidokle.

by Anton Vidokle and Pelin Tan

Jonathan Middleton as the Human

Mehmet Ali as the Plant

Anton Vidokle and Pelin Tan's 2084 is an ongoing exploration of the history of the future, translated into films. In Episode 3, filmed last Summer in Cappadokia, Turkey, Vidokle and Tan refer to the circle of ideas of Cosmo-Immortalism, a vitalist philosophical movement of early twentieth century, which strongly influenced Russian revolution. Script for the film is a collage of texts by and about important scientists: Vladimir Vernadsky - one of the most ardent partisans of the idea of the “noosphere”, and Konstantin Tsiolkovsky, the father of Russian space exploration.