Lebanese Archive: Dreamers Against All Odds 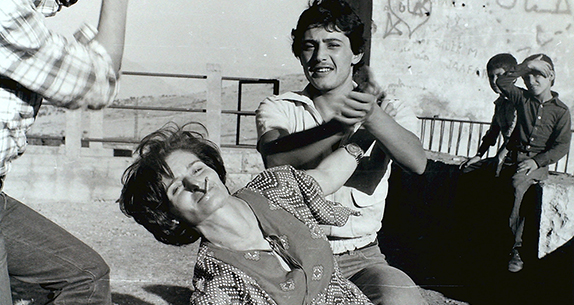 What is the appeal and what are the challenges of working with archives in the contemporary art context? Where does an archive end and ‘real’ life begin? How to dream a dream of migrant home without waking up from a nightmare?

Lebanese Archive: Dreamers Against All Odds introduces Ania Dabrowska’s "Lebanese Archive" project and the work she conducted during her residency at Ashkal Alwan and in collaboration with Arab Image Foundation.

The lecture exposes the processes and shifting boundaries of expectations connected to the project, and tries to address some of its key questions by bringing in cultural, political and artistic perspectives encountered through conversations about archives in response to her work.

The “Lebanese Archive” project is inspired by a previously unknown collection of archival photographs belonging to a former Lebanese photojournalist, Diab Alkarssifi. The collection consists of 27,000 photographic prints, negatives and transparencies, and it covers over 100 years of history of Lebanon and the Middle East. It includes Alkarssifi’s personal and photojournalistic work, as well as collected family albums from his hometown of Baalbek and photographic prints from studios across the region.

Following a chance meeting with Alkarssifi at Arlington (a London hostel for the homeless), during Dabrowska’s SPACE residency in 2010-2012, the artist developed a process through which the collection might inspire contemporary responses, and be preserved, re-presented and made accessible to the public.

Ania Dabrowska (b. 1973, Poland) is a London-based artist working with mediums of photography, installation, text, sound and video.

Dabrowska is interested in positioning her work through collaborative and investigative processes dealing with construction and reconfiguration of personal and collective memory, specifically in a context of cultural and temporal displacement, shifting nature of borders, and the social relationship with photographic medium and its role in the construction of identity.

Dabrowska has exhibited in solo and group international shows since 2001. She is winner of the Observer Hodge Photographic Award (2003); she was selected for the National Portrait Gallery Photographic Portrait Award (2007); and she was awarded The Wellcome Trust People Award (2008-2011). She is currently a lecturer at the CASS, London Metropolitan University (since 2013). Prior to CASS, she was a lecturer at the Ruskin School of Drawing and Fine Art in Oxford (2007-10), and a visiting lecturer at Goldsmiths College, University of London (2006-2012). She has been a resident at a number of international artist residencies, such as: SPACE, London (2010-12); Khoj International Artist’s Association, Delhi (2012); and Ashkal Alwan’s artist-in-residency (15 April–15 May, 2014).