Defying the Death of Art: Russian Art From Malevitch to Kabakov Under the Sign of Nikolai Fedorov’s Philiosophy 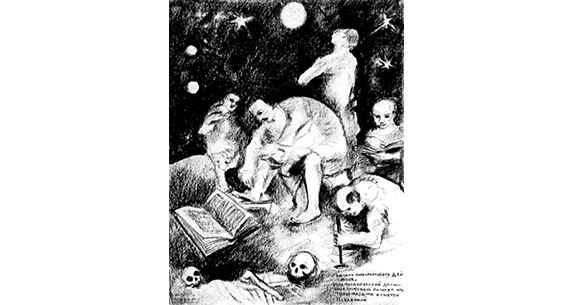 "Defying the Death of Art: Russian Art From Malevitch to Kabakov Under the Sign of Nikolai Fedorov’s Philiosophy"

Nikolai Fedorov's early 20th-century Philosophy of the Common Task, which was fiercely anti-formalist (something still largely not understood) and aimed at annihilating the notion of death, deeply affected not just the political reality of the Russian 20th century, but its aesthetic drive as well.

The lecture will be on the Arkady and Boris Strugatsky's novel Monday Begins on Saturday (1964) and its interpretation in the First Bergen Assembly, curated by Ekaterina Degot and David Riff (2013).

Ekaterina Degot is an art historian, art writer, and curator whose work focuses on aesthetic and sociopolitical issues in Russia, predominantly in the post-Soviet era. Since 2014, she is the Artistic director of the Academy of Arts of the World, Cologne. She also teaches at the Rodchenko Moscow School of Photography and Multimedia. She recently co-edited Post-Post-Soviet?: Art, Politics and Society in Russia at the Turn of the Decade (with Marta Dziewanska, et al.), 2013, and with David Riff convened the first Bergen Assembly, Bergen, 2013. Degot lives and works in Cologne and Moscow.