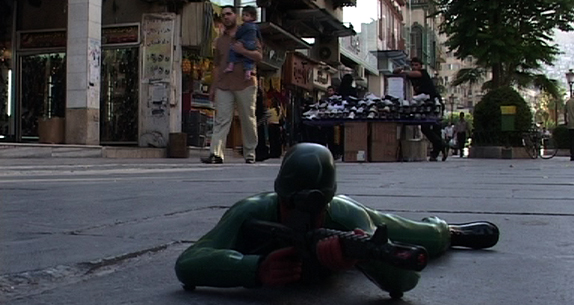 Ashkal Alwan will welcome a screening and conversation with Charif Kiwan from the Abounaddara Collective and filmmaker Rania Stephan.

Here, where latent and extreme violence alternate, we live in a permanent state of urgency. How can documentary filmmakers construct a testimony for the present?

* The conversation will be in Arabic with English translation.

Charif Kiwan (b. 1967, Damascus) studied Political Sciences in Paris. In 2010, he co-founded in Damascus, the Collective of anonymous filmmakers: Abounaddara which produced more than 170 short films, some of which participated in international festivals. Their first film feature documentary, Syria: Snapshots of History in the Making, recently screened on Arte TV.