Is it because I am a dog: Book Launch by Mounira al Solh 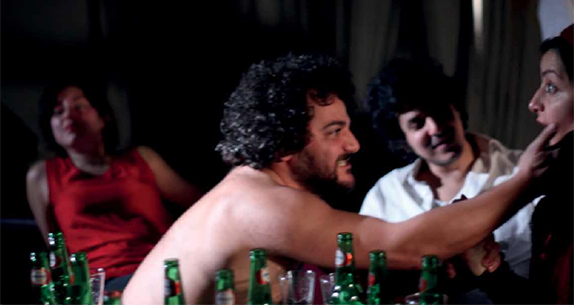 Is it because I am a dog is a publication on Mounira Al Solh’s video works from 2006 to 2013. Highlighting the versatility of the medium through each work, it offers a comprehensive overview of Al Solh’s video production. From Rawane’s Song, a subjective exploration of artistic identity to Dinosaurs, a cinematic narrative on drinking habits in Beirut, as well as her more recent Vrjouiligers which turns the process of waiting for the admission to the Dutch citizenship into a shizo-linguistic journey in language acquisition, the book portrays Al Solh’s singular and uncompromising worlds. Each work is accompanied by a series of short descriptive synopsis reflecting its exhibition history with invited contributions by authors Chaza Charafeddine, Fadi Tofeili, Wissam Saadé, Roger Outa, Masha Refka, Mounir Khaoli, Nat Muller, Mirene Arsanios, Ghalya Saadawi and Alan Quireyns.

Published by Koenig Books, London, 2014, this work has been made possible with the generous support of Südhausbau and PIN. Friends of the Pinakothek der Moderne, Munich, after Al Solh spent six months on a residency at KUNSTZEITRAUM – the artist’s residency sponsored by Südhausbau and PIN in Munich, Germany.

With thanks to Sfeir-Semler Gallery, Beirut & Hamburg.

Mounira Al Solh is an artist who loves reading biographies of other artists, because it feels like delving into the preface before reading the book we have in our hands. "Don't take a preface seriously, the preface announces a project and a project is nothing until it is realized." Said someone.