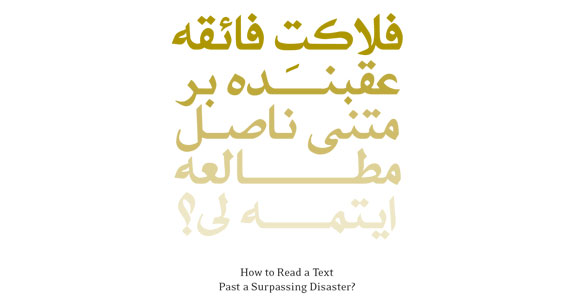 As part of HWP 2014-15, Resident Thinker Jalal Toufic will be giving a seminar in 12 sessions, taking place every third Monday throughout the curricular year.

The Withdrawal of Tradition Past a Surpassing Disaster


The seminar is open to enrolled participants as well as others wishing to register.

To register, send an email to hwp@ashkalalwan.org.