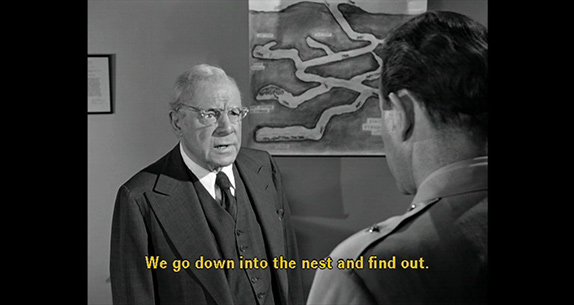 In the aftermath of recent and ongoing mass occupations of public space around the globe the question of collective practice and institutional formation has become paramount for artistic work. This learning unit will systematically investigate new, as well as older, overlooked ways of organizing cooperatives, cultural spaces, inter-active and public-art projects, and other DIY institutions. Over the course of two weeks a series of lectures, workshops, and assignments will draw on the history of tactical media, community organizing, Occupy, counter-globalization, as well as other related examples. Throughout this the aim for Sholette and participants will be to address a contrasting set of challenges – both critical and constructive – involving the re-thinking of institutions today by taking their cue from Slavoj Žižek as they aim to develop their own “pervert’s guide” to 21st Century cultural institutions.

Building Institutions Through Solidarity and Surplus

Josh MacPhee will speak on his work helping to build large-scale and long-lasting groups and projects which are founded outside the purvey of mainstream institutions, and to provide a location to explore relationships that run counter to the logics of capitalism and statecraft. He will introduce the Justseeds Artists Cooperative and Interference Archive as examples of two very different counter-institutions which attempt to foster group solidarity, organizational experimentation, and alternative ways of sharing history, culture, and ideas.

Social Sculpture as a Means of Community Empowerment

Lowe sees his work as a tool of empowerment and will speak of ways his work seeks to empower the communities he works with. Deeply embodied in the empowerment of his work is the symbolic framework he provides for community engagement and aspirations. He will present examples of both long and short term projects that range from a community scale to the scale of the individual.

Gregory Sholette is a New York-based artist and writer whose recent art projects include “Our Barricades” at Station Independent Gallery, and “Imaginary Archive” at Las Kurbas Center, Kyiv, and whose recent publications include “It's The Political Economy, Stupid,” co-edited with Oliver Ressler, (Pluto Press, 2013) and “Dark Matter: Art and Politics in an Age of Enterprise Culture,” (Pluto Press, 2011). A graduate of the Whitney Independent Studies Program in Critical Theory (1996), he received his MFA from the University of San Diego (1995), and BFA from The Cooper Union (1979), and served as a Board Member of the College Art Association (1999-2004). Sholette was a founding member of the artists' collectives Political Art Documentation/Distribution (PAD/D: 1980-1988), and REPOhistory (1989-2000), remaining active today with Gulf Labor Coalition http://gulflabor.org/ as well as serving on the Curriculum Committee of Home Workspace Program, Beirut. Associate Faculty for the Art, Design and the Public Domain program of Harvard University’s Graduate School of Design, he is an Associate Professor in the Queens College CUNY Art Department where he co-developed and teaches in its new MFA concentration: Social Practice Queens.

Josh MacPhee’s practice is built out of printmaking, design, curation, collaboration and organizing, writing, archiving, activism, and public engagement. He is a founder of the Justseeds Artists Cooperative, a group of 30 like-minded and socially-engaged printmakers scattered across the United States, Mexico, and Canada who work together to support each other, promote their work, and collaborate with social movements. In 2011, he co-founded Interference Archive in Brooklyn, NY. Interference is an all-volunteer-run “archive from below” which is open to the public and maintains an active schedule of exhibitions, events, and educational activities. In addition, MacPhee co-edits Signal: A Journal of International Political Graphics & Culture, and has written and edited several books, most recently Signs of Change: Social Movement Cultures 1960s to Now. Rick Lowe lives in Houston. He has exhibited in Phoenix Art Museum and in Contemporary Arts Museum, Houston; Museum of Contemporary Arts, Los Angeles; Neuberger Museum, New York; Kwangji Biennale, Kwangji; Kumamoto State Museum; Venice Architecture Biennial; Cittadellarte, Biella; and Nasher Scuplture Center, Dallas among other places. His community building projects include Project Row Houses, Houston; Watts House Project, Los Angeles; Arts Plan for Rem Koolhaas-designed Seattle Public Library with Jessica Cusick; Borough Project for Spoleto Festival with Suzanne Lacy, Charleston; Delray Beach Cultural Loop, Delray Beach, Florida; and a project for the Seattle Art Museum in their new Olympic Sculpture Park with David Adjaye. Lowe is a recipient of the Rudy Bruner Award in Urban Excellence; the Loeb Fellowship at Harvard University; the Mel King Fellowship at MIT; the Skandalaris Award for Excellence in Art Architecture; and the Creative Time Annenberg Prize for Art and Social Change; and most recently the MacArthur Fellowship.