Really Useful Knowledge: Led by What, How & for Whom/WHW 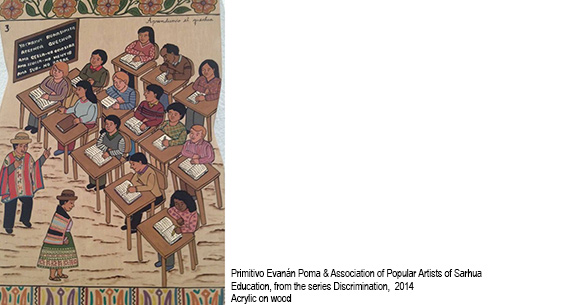 The notion of 'really useful knowledge' originated with the rise of the workers’ awareness of the need for self-education in the early 19th century. In the 1820s and 1830s, workers’ organizations in the UK introduced this phrase to describe the body of knowledge that encompassed various ‘unpractical’ disciplines such as politics, economics and philosophy, as opposed to ‘useful knowledge’ proclaimed as such by business owners, who some time earlier began increasingly investing in the advancement of their businesses through funding the education of workers in ‘applicable’ skills and disciplines such as engineering, physics, chemistry or math.

Starting from research for the Really Useful Knowledge exhibition that WHW curated at Museo Reina Sofia in Madrid (October 2014), this chapter will inquire into ‘really useful knowledge’ from the contemporary perspective, looking into discussions about critical pedagogy as a crucial element of collective struggles. It will be structured along several lines of inquiry related to historical and present instances of collective utilization of existing public resources, actions, and experiments, either forgotten or under threat of eradication.

You don’t own me: The implications of user-based art practice for the museum

The talk reflects on research and exhibitions in the Van Abbemuseum and partners of the European museum confederation L’Internationale that have considered art in relation to notions of use or use value. At their most polemic, this type of artistic thinking steadfastly rejects modernist notions of authorship and spectatorship. It is produced, maintained and evolved through groups of users, often over extended periods and by operating as theorist Stephen Wright has termed it on a ‘1:1 scale’. Speculating on how the museum engages with this type of artistic thinking, beyond exhibition formats and questions of display, demands a fundamental re-assessment of the institution’s role as an acquirer of objects and gatekeeper of historical narratives, instead opening it up to new subjectivities and methodologies.

The workshop will be based around the Arte Útil archive, a growing, online inventory of over 200 projects form the nineteenth century to today that draw on artistic thinking to imagine, create and implement tactics that change how we act in society. The archive, which was put together by researchers at the Van Abbemuseum, Eindhoven and Queens Museum following the initiative of artist Tania Bruguera shows how artistic thinking has been deplotyed to respond to specific contexts and urgencies. Following an introduction to the archive, participants will identify context-specific questions or issues and use the Arte Útil platform to identify relevant examples and ways of working. From this presentations and proposals for projects will be given to the rest of the group.

The reading of three different fictional texts, presented as short stories, and inspired from facts and events about modern and contemporary Arab art. The first imagines the diary of a forger, the second of Jean Cocteau's guide during his trips to Cairo, Alexandria and Beirut in 1947, and the third is a description of a video in which radical fundamentalists ransack a museum of contemporary art.

Portrait of the Curator as Platypus; Self-Critical Notes

A lecture presentation about my own practice, with reflections on the curatorial practice and the production of knowledge.

Against the Curatorial "Supernow" - Exhibition History and Canons of Contemporaneity

This lecture deals with "critical writing" in the exhibition space, assuming that each exhibition presents a "scripted space" generated through communication and socialization, sometimes a joint action – as the space of the stage and the everyday life, or their mutual interconnection. It will look at "cases" of artistic and curatorial critical interventions – the gestures of counter-exhibitionists, non-representationalists, communitarianists and discussionists – situated in the (post-) Yugoslav historical space since the 1960s up to today. The lecture analyzes the ways by which these critical gestures break with the linguistics of normality of conventional exhibition-making, based on spectacularization of individual artworks, the figure of the curator and the oblivious reality of the “supernow”. Is it possible to think about exhibition history outside of the contemporary academic canons of classified and standardized knowledge production? Is it possible to think about history as the continuum of breaks with some of the ever dominant ”bourgeois” artistic tendencies? How does "critical writing" in the exhibition space open up this space towards broader social and political realities, against the expanding present-ism and now-ism of contemporary art?

10 am – 1 pm | by registration: workshop with Jelena Vesić

Administration of aesthetics or on underground currents of negotiating artistic jobs; between love and money, money and love

This workshop explores different modes in which concepts of love and money inhabit contexts of the production and interpretation of art. Love and money – as social relations – are analyzed within this ideological space, strained by internal tensions and placed between the autonomy of art and the heteronomy of labor. In our attempt to understand this “apparatus of production”, we try to approach this from close distance, considering different practices of the administration of aesthetics in their “everyday banality”. From this proximity, we can concentrate on the very moment in which projects and collaborations are set in motion. How does art-as-ideology inhabit the speech used inside arts’ occasions of labor negotiation? How are modes of production established by means of speech? How do individual actors mediate these processes?

Each participant is required to bring to the session "a sound which concerns them". This sound can be a pre-recorded or live sound, a sound stemming directly from their research or simply their sonic environment. Opening up from the participants' sounds and Abu Hamdan's Aural Contract Audio Archive the artist will lead a listening and discussion session which focuses on a more methodological introduction to his practice and use of the subject of sound as a probe into wider political and social concerns. This event seeks to put into question how we are listening to others and how we ourselves are being heard and focusing on sound as such but also on how to employ a range of visual and performative strategies that allow listening to be understood not as ephemeral and marginal but as material and historical.

What, How & for Whom/WHW is a curatorial collective formed in 1999 and based in Zagreb and Berlin. Its members are Ivet Ćurlin, Ana Dević, Nataša Ilić and Sabina Sabolović, and designer and publicist Dejan Kršić. WHW organizes a range of production, exhibition and publishing projects and directs Gallery Nova in Zagreb. WHW curated the festival Meeting Points 7, that took place in 2013 and 2014 in Zagreb, Antwerp, Cairo, Hong-Kong, Beirut, Moscow and Vienna under the title Ten Thousand Wiles and a Hundred Thousand Tricks, and the exhibition Really Useful Knowledge at the Museo Nacional Centro de Arte Reina Sofia in Madrid in October 2014.

Nick Aikens (b.1981, London) is a curator at the Van Abbemuseum. He is part of the curatorial team for the Museum of Arte Útil (2013-ongoing), an exhibition and ongoing research project initiated by artist Tania Bruguera. He curated Positions (2014), a series of presentations by Lawrence Abu Hamdan, Céline Condorelli, Bouchra Khalili, Charles van Otterdijk and Koki Tanaka and recently co-curated Forward!, a solo presentation by Ahmet Öğüt. Nick has edited and contributed to publications including Toward a Lexicon of Usership (ed. Stephen Wright, Van Abbemuseum, 2013), Too Much World: The Films of Hito Steyerl (Sternberg Press, 2014) and The Company She Keeps. Céline Condorelli *(Book Works, 2014). His articles and reviews have been published by *Afterall, Frieze, Flash Art  and L'internationale Online. He is also part of the editorial board of L'internationale Online and has been a faculty member at the Dutch Art Institute since 2012.

Rasha Salti is a free-lance writer and researcher, a visual arts curator and an international film programmer for the Toronto International Film Festival. She lives in Beirut.

Jelena Vesić is an independent curator, writer, editor, and lecturer. She was co-editor of Prelom – Journal of Images and Politics (2001-2009), and co-founder of the independent organization Prelom Collective (2005-2010). She is active in the field of publishing, research, and exhibition practices, intertwining political theory and contemporary art. She is also co-editor of Red Thread – Journal for social theory, contemporary art and activism and a member of the editorial board of Art Margins. In her research, Vesić explores relations between art and ideology in the field of geopolitical art history writing, and focuses on experimental art and exhibition practices of the 1960s and 1970s in former Yugoslavia and Eastern Europe. She also writes on artistic labor and practices of self-organization in an age of cognitive capitalism. Her latest curatorial projects are based on experiments with the form of lecture-performance, immaterial quality of exhibits and of story telling. These include: Oktobar XXX: Exposition–Symposium–Performance (2012/13), On Undercurrents of Negotiating Artistic Jobs – Between Love and Money, Between Money and Love (2013/14), Exhibition on Work and Laziness (2012-2015). Vesić lives and works in Belgrade

Lawrence Abu Hamdan is an artist with a background in DIY music. As such his work frequently deals with the relationship between listening and politics, borders, human rights, testimony and truth through the production of documentaries, essays, audio-visual installations, video, sculpture, photography, workshops and performance. In 2015 Abu Hamdan was the Armory Show commissioned artist and was also included in the New Museum Triennial and the 44th International Film Festival Rotterdam. In 2014, his works became part of collections at MoMA New York, Van AbbeMuseum Eindhoven and Barjeel Art Foundation, UAE. In 2013 Abu Hamdan’s audio documentary The Freedom of Speech Itself was submitted as evidence at the UK asylum tribunal where the artist himself was called to testify as an expert witness. The artist’s forensic audio investigations are made as part of his research for Forensic Architecture at Goldsmiths, London where he is also a PhD candidate and associate lecturer. His previous solo exhibitions were at The Showroom, London; Casco, Utrecht; Beirut in Cairo and forthcoming at Kunsthalle St. Gallen and MoMa New York