The Manufacturing of Rights: An Inquiry Curated by Council 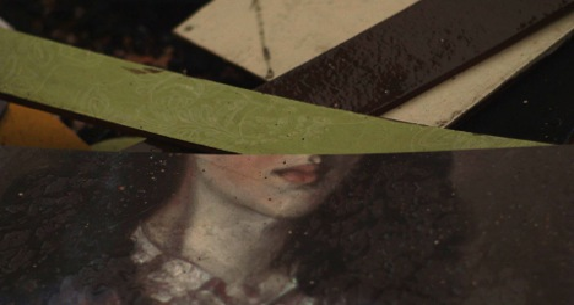 The concept and figure of Nature is invoked to criminalize sexual orientation and gender identity for being "against nature" in Article 534 of Lebanon’s Penal code, as well as in more than 50 countries across the world. Using this arbitrary concept that divides what is “natural” and “unnatural,” politicians, judges or religious figures ascribe to Nature as an undeniable source of authority, enforcing this division with the full coercive power of the state. However, recent legal cases (in 2009 and 2014) documented by the Legal Agenda in Lebanon, demonstrate how judges can interpret the concept of Nature in such a way as to dismiss and refute accusations of sodomy or other “unnatural behaviors”.

Based on these precedents, Council has proposed The Manufacturing of Rights, a pluridisciplinary inquiry that unfolds a series of new arguments to show how the concept of Nature is imbued with multiple, contradictory meanings used to regulate societal norms. Over the course of this three-day colloquium, participants are invited to share legal cases, historical and speculative, that refer to Nature – in the form of short speeches, audio pieces and films.

The Manufacturing of Rights inquiry and colloquium will result in an online data platform, conceived as a cultural and legal tool, that seeks to equip judges and lawmakers with cultural understandings for reinterpreting such penal statutes. (to be published in 2015).

In the frame of The Manufacturing of Rights, Council commissioned a new film by Carlos Motta, Deseos / رغبات , co-written with Maya Mikdashi, and a co-authored intervention by Marwa Arsanios and Lawrence Abu Hamdan, commissioned and produced by Council. The event is mediated by Lawrence Abu Hamdan’s speaker system, entitled Audio Infrastructure for Objective Proximity.

A booklet with all cases (English/Arabic) will be distributed to the public. The digital version is available here. All sessions are public and will be streamed live on Ashkal Alwan's youtube channel.

Case #7: A Tale of Two Judgments: Between Empathy and Contempt, video-letter by Arvind Narrain

Case #3: The Case for Di Aping, lecture by Adrian Lahoud

Case #9, God, Nature, and the Nature of God, lecture by Linn Tonstad

Founded in 2013 by Grégory Castéra and Sandra Terdjman, Council fosters the composition of knowledges—artistic, scientific, and social—in aim to propose new political representations. Council unites pluridisciplinary groups of researchers around inquiries related to societal issues, which are developed over several years. Council equally favors the production of works and awards an annual fellowship to cultural actors in support of their social engagement. The Manufacturing of Rights is Council’s second inquiry.

Founded by Nizar Saghieh, The Legal Agenda is a critical and multidisciplinary non-governmental organization, based in Lebanon. It monitors and analyzes law and public policy in Lebanon, specifically, and the Arab region, generally. The Legal Agenda publishes a quarterly magazine, organizes regional conferences, commissions studies, and hosts panel and open discussions.