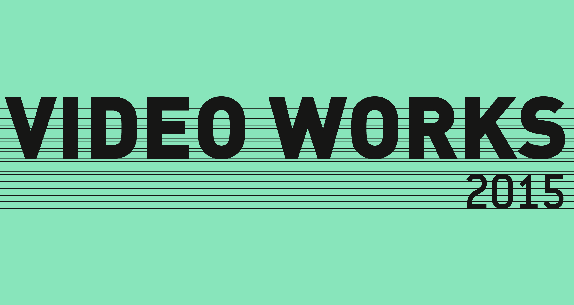 8.40 pm This Lightness, I Have Lost It Forever | Haig Aivazian

8.15 pm It’s The War in Syria That Killed Her | Nadim Tabet and Karine Wehbé

9.30 pm This Lightness, I Have Lost It Forever | Haig Aivazian An archaeologist, a stone worker, a geologist and an architect talk about stone in Palestine. Jerusalem Pink documents an architectural survey of the Dome of the Rock, and the processes of its repair and restoration. I was taking filmic notes from my window, as a bystander, four years ago. I was observing from a distance the demolition of almost-abandoned stone buildings, en route to becoming archaeological. These buildings were desecrated artifacts, fragmented to the point of just becoming matter. While I was revisiting my filmic notes,
I found out that they are also disintegrating materially, revealing an intuitive vitality that calls me back to look at them — driving me to follow paths that bifurcate and loop, observing, recording, keeping track, evidencing, producing an accumulation of images. He bought a video camera in 1985, and nothing has been the same since. "Films are what is real", he told me. Some years later he asked for Nicole Ballan's leaked sextape. On Sunday the 12th of September 1993, eleven dead bodies were found in an apartment in Ghobeiry in the southern suburbs of Beirut. This remains the sole case of mass suicide ever to be recorded in the modern history of Lebanon. Lebanon. 2014. Between the Syrian war and the war in Gaza, the region is on the brink of collapse. A man and a woman fall in love. One is Palestinian and lives in the camps, the other, well-off, comes from Beirut’s affluent circles. Their friends respectively wonder about their disappearance. Did she commit suicide? Did they flee together? Did he emigrate to Europe or is he fighting in Syria? All assumptions are woven into an everyday laden with urban and political contradictions.
Impossible love and its challenges, the uncertain future, social cleavages, geographical constraints, life in the camps, dignity denied, the return of the unspoken, of fantasies and fear: all are entangled and returned to form an incomplete and strange partition. Goose bumps invade every inch of my body, and then fade away, leaving my flesh still and cold as marble. It all eludes me as soon as it happens: his presence, the time I share with him, and the memory of it. I foolishly try to make it linger, past the moment: Cut. Keep. Freeze. Hold.

But our bodies seem doomed to melt into air. What is it then that lovers keep of each other? This is the second chapter of a series of portraits of radio producers at Radio Liban. In the Beirut of the 1980s, Wafa Khochen's voice started riding radio waves into people's homes and cars, introducing the rock 'n' roll of the 1960s and ‘70s. Through conflict and crises, Wafa has continued to weave her tapestry of sound and memories to this present day. As her show Flashback is broadcast from the emblematic national radio station, we are transported with the listeners to tangential spaces, parallel worlds and bygone eras, all connected through sound.

With Wafa Khochen and Ramsey Khattar Way up in the clouds, in a Manhattan hotel suite on the 28th floor of an urban oasis overlooking New York’s unstable architecture, an encounter – at once ghostly and very corporeal – results from, reflects and produces falls, rises and recoveries. Karaoke begins as a story about childhood rivalries and a mother’s innocent mistake, causing pre-pubescent dreams of becoming a child star to be devastated and crushed – silently and without incident. Until one day, when those feelings of resentment suddenly rise back to the surface upon watching a wandering VHS tape, on which the scene of a star-studded concert takes place. Alongside this grainy colorful footage, the details of that dreaded day begin to reveal themselves, while the hips of a belly dancer shake, or an angelic voice woos an applauding audience. Gradually, the narrative transforms from an adorable episode from infancy, to a deeply personal and tragic portrayal of memory, loss, and the towering figure that is the mother.

Maeve Brennan (b. 1990, London) is an artist currently based in Beirut. Brennan holds a BA in Fine Art from Goldsmiths, University of London (2012), and also took part in Ashkal Alwan’s Home Workspace Program (2013-14). Her practice is research-based and process-oriented, often taking the form of video installations. She is concerned with a material understanding of politics and history. She is a member and co-founder of Sharna Pax, an artist collective working between the fields of visual art, anthropology and documentary.

Maxime Hourani (b. 1982, Beirut) is an artist and architect. Hourani took part in Ashkal Alwan's Home Workspace Program (2012-13). Hourani’s works are driven by chronotopic explorations that excavate and interweave layers of histories, forms, relations, and meanings while underscoring latent and evident power dynamics. Hourani was an artist in residence at the Delfina Foundation (2014) and the Scottish Sculpture Workshop (2014). His work has been shown at the 13th Istanbul Biennial (2013), Beirut Art Center (2013), and the Jerusalem Show VII (2014).


Vartan Avakian (b. 1977, Byblos) lives and works in Beirut. Avakian holds a BA in Communication Arts from the Lebanese American University and an MA in Architecture and Urban Culture from Universitat Pompeu Fabra and the Centre de Cultura Contemporània de Barcelona. Avakian works with video, photography, and natural material. He is a founding member of the Beirut based art collective Atfal Ahdath
and a member of the Arab Image Foundation. In 2013, he was a recipient of the Abraaj Capital Art Prize.


Mohamed Berro (b. 1989, Beirut) is a filmmaker living and working in Beirut, Lebanon.

Nadim Tabet (b. Beirut) holds a BA in History and an MA in Cinema from the Sorbonne University. He has directed numerous shorts filmed in Super 8mm and in HD. Tabet is one of the founding members of The Lebanese Film Festival (2001). From 2011 to 2013, he selected films for the Oberhausen International Film Festival in Germany. In 2013, he was commissioned by the Institut du Monde Arabe (IMA) in Paris to organize the Gulf Film Festival. Tabet is currently preparing his first feature film.


Stéphanie Ghazal (b. 1985, Beirut) is an architect and filmmaker. Ghazal holds an MA in Architecture from the Académie Libanaise des Beaux-Arts (ALBA) and is currently working on her thesis for the MA program in Film Research at the Institut d’Etudes Scéniques et Audiovisuelles (IESAV), Université Saint-Joseph, exploring the representation of war-torn cities in cinema. Her practice combines various means of expression to address personal experiences, communal interactions, and one’s relationship to one’s territory.

May Kassem (b. 1975, Beirut) is a filmmaker, screenwriter and teacher. Kassem makes short 16mm films, videos, documentaries and animated films. Her work focuses on themes such as the impact of art on society, the plight of marginalized segments of urban population, and the struggles of undocumented immigrants. Kassem is currently working on a documentary on the life of her grandmother, actress and singer Nourhane. Kassem also presents two music programs on 96.2 FM Radio Liban: Poivre Noir, Piment Rouge and Champ Sonore.


Haig Aivazian (b. 1980, Beirut) is an artist and writer. Aivazian holds an MFA from Northwestern University, and is a Skowhegan alumnus (2011). Using performance, video, drawing, installation, and sculpture, his work weaves together personal and geopolitical, micro and macro narratives, in its search for ideological loopholes and short circuits.


Raed Yassin (b. 1979, Beirut) is an artist and musician. Yassin graduated with a BA in Theatre from the Lebanese University (2003). His work often originates from an examination of his personal narratives and their workings within a collective history, through the lens of consumer culture and mass production. Yassin was awarded the Fidus Prize in 2009 and the Abraaj Capital Art Prize in 2012. Yassin is one of the organizers of IRTIJAL Festival. He has released several music albums and founded the production company Annihaya in 2009. He is also a founding member of Beirut based art collective Atfal Ahdath.