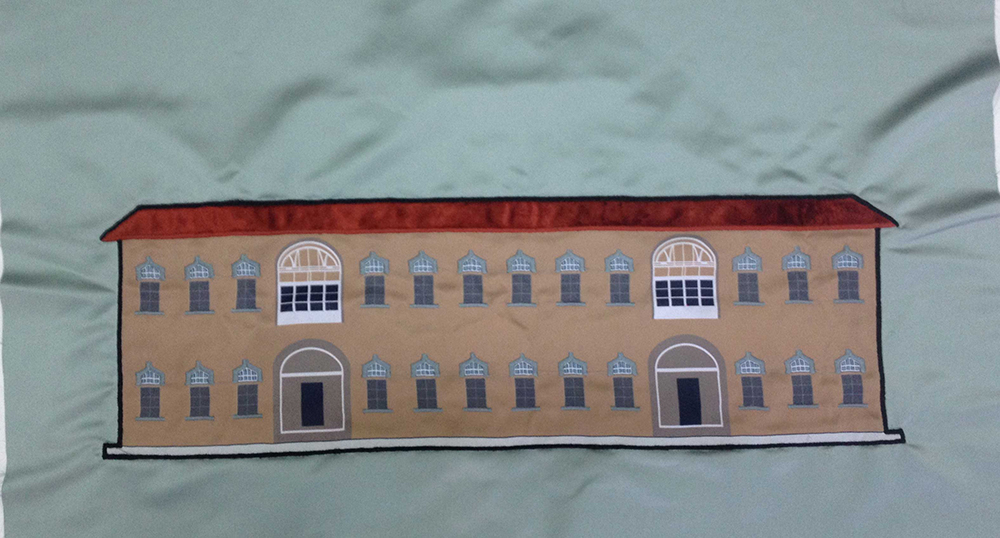 Ghassan Zard is a Lebanese painter and sculptor. His large-scale canvases depict a colored rhythmic universe reminiscent of music partitions, whereas his sculptures are more restrained, but remain vibrant and intriguing. Since 1988, his paintings have been shown in Beirut, Paris, and Munich. In 2014, he presented a solo show of his work in sculpture at Galerie Tanit, Beirut.

Natascha Sadr Haghighian’s research-based practice encompasses a variety of forms and formats, among them video, performance, installation, text, and sound. She is primarily concerned with the socio-political implications of contemporary modes of world-making. Her project pssst Leopard 2A7+ started in 2013 and is part of ongoing research into the militarization of urban environments. Haghighian asks readers to go to www.bioswop.net, a CV-exchange platform where artists and other cultural practitioners can borrow and lend CVs for various purposes.

Dictaphone Group is a research and performance collective that creates live art events based on a multidisciplinary study of space. It is a collaborative project initiated by artist Tania El Khoury and architect/urbanist Abir Saksouk. Alongside various collaborators, such as performer and producer Petra Serhal, the group has created site-specific performances informed by research in a variety of locations: a cable car, a fisherman’s boat, and a discontinued bus, to name a few. The aim of these projects is to question, as citizens, the relationship to the city by focusing on “public space” and seeking its redefinition.

From the perspective of an individual moving through the city, Blazon seeks to deconstruct Beirut into its constituent parts. In order to map the sensorial shifts that indicate the movement from one district to another, Rechmaoui has developed an indexical system of the sixty official neighborhoods of municipal Beirut. This system serves as a framework to understand the ontology of these neighborhoods and what have become their informal indicators. Since the 1800s, Beirut has been a city that expands with crisis both improvisationally and formally. Reaching into the urban fabric of each neighborhood, the work hopes to come out on the other side with an understanding of how and why its boundaries were formed and continue to be maintained. The time is drawing near when all nationalities will disappear. The homeland will then be an archeologism, like the tribe… The man of the Future may have immense joys. He will travel to the stars, with air pills in his pockets. The rest of us have come too early and too late. We will have performed the most difficult and least glorious task: the transition. - Flaubert

Turtles is situated in .PSLAB. One of the future export products by the German arms manufacturers is the Leopard 2A7+, a battle tank specially designed and optimized for the pacification of uprisings, protests, and unrest in urban areas. Currently existing only as a prototype, the first 60 Leopard 2A7+ tanks are scheduled to be delivered to Qatar in late 2015. The country has ordered a total of two hundred. pssst Leopard 2A7+ is a demilitarized farcical copy of the Leopard 2A7+, a prototype in its own right. It contains an ongoing phonetic study of the open secrets around the battle tank that carries a predator animal name. In August 2014, a commissioned radio version of pssst Leopard 2A7+ radio was broadcast on Deutschlandradio Kultur. Nothing to Declare is a research-based project exploring borders within Lebanon, between Lebanon and its neighbors, and across the Arab world.

We decided to take a journey along Lebanon’s abandoned train tracks. Our starting point was a derelict station in Beirut, from where each of us set off on a different trip following one of the three former railway routes. Our travels revealed past and present uses of these tracks and the stations that dotted them. Some were abandoned while others were turned into makeshift housing. Some had the markings of conversion into military bases and torture chambers.

Nothing to Declare was developed at the Watermill Center in partnership with ArteEast. It was supported by grants from AFAC and the British Council.