2084: A Science Fiction Show / Episode 2: The Fall of Artists’ Republic by Anton Vidokle and Pelin Tan | The Digger by Ali Cherri 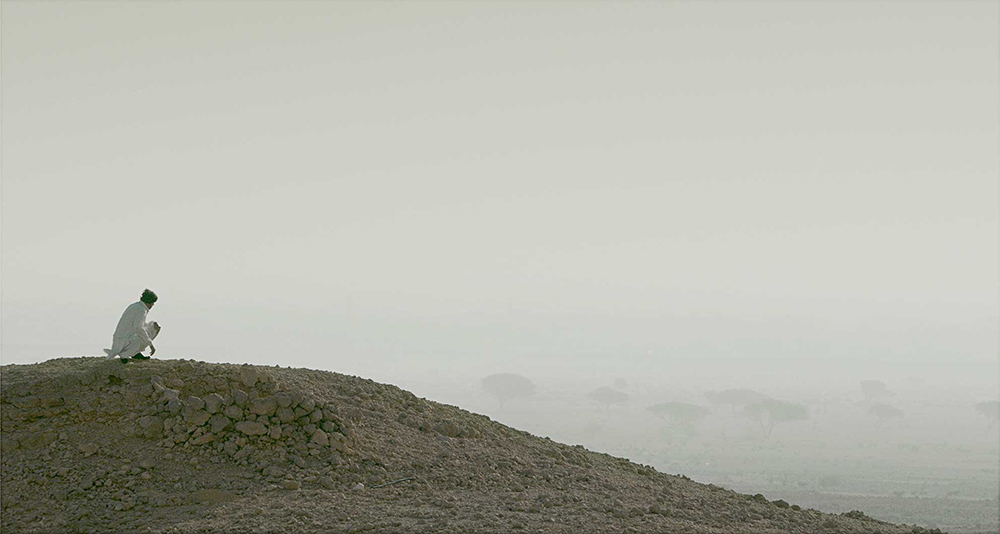 Anton Vidokle is an artist based between New York and Berlin. His work has been exhibited internationally, at Documenta 13, the Venice Biennale, Lyon Biennial, and the Tate Modern. As a founder of e-flux, he has produced Do it, Utopia Station Poster Project, and organized An Image Bank for Everyday Revolutionary Life and the Martha Rosler Library. Vidokle is co-editor of e-flux journal along with Julieta Aranda and Brian Kuan Wood. Vidokle was a resident professor at Ashkal Alwan’s Home Workspace Program (2013-14). Most recently, Vidokle has exhibited films in the Montreal Biennale and the Istanbul Biennial. His recent film, This is Cosmos (2014), has been shown at the Berlinale International Film Festival, Witte de With Center for Contemporary Art and the Shanghai Biennale. Pelin Tan is a researcher based in Mardin, Turkey. After studying sociology, Tan continued onto graduate education in contemporary art and art history and postdoctoral work on the subject of artistic research at MIT. She is currently conducting an architectural project, funded by Mardin Artuklu University, on refugee camps in Southeast Turkey. Tan is also investigating the topic of labor in art with Önder Özengi and the future history of art/work with Anton Vidokle. She has participated in several exhibitions including the Montreal Biennial (2014) and Lisbon Architecture Triennial (2013). Tan is a member of the video collective Artıkişler and The Silent University and curator of Actopolis Project (2015 - 2017). Ali Cherri is a visual artist and filmmaker based between Beirut and Paris. He is currently conducting research at the French National Institute for Preventive Archaeological Research (INRAP) and the Deutsche Aarchäologische Institut (DAI) on the place of the archeological object in the construction of national historical narratives. His recent exhibitions include Desires and Necessities, MACBA, Spain (2015); Lest the Two Seas Meet, Warsaw Museum of Modern Art, Poland (2015); Mare Medi Terra, Es Baluard Museu d’Art Modern i Contemporani de Palma, Spain (2015); Songs of Loss and Songs of Love at Gwangju Museum of Art, South Korea (2014).

The second episode of 2084 is the latest in a three-part science fiction show, directed by Pelin Tan and Anton Vidokle. Filmed on location in Tripoli, Lebanon, this video is set in a future where the Artists’ Republic, an artist-run city-state, has collapsed and art has become a thing of the past. Despite the demise of art, artists inexplicably continue to exist, albeit as animals. These new animal-humans are trapped in a cement dome where they ponder questions of labor, economy, religion, art and literature, while trying to come to terms with their new condition.

Shot in the Sharjah desert in the United Arab Emirates, The Digger follows the everyday life of Sultan Zeib Khan, the Pakistani caretaker who has been guarding the ruins of a Neolithic necropolis for twenty years. A witness to the nation’s founding mythologies, Sultan preserves archeological ruins, keeping them from falling into ruin. In the midst of these empty graves that echo the vastness of the desert, the absence of corpses is more unsettling than their presence.