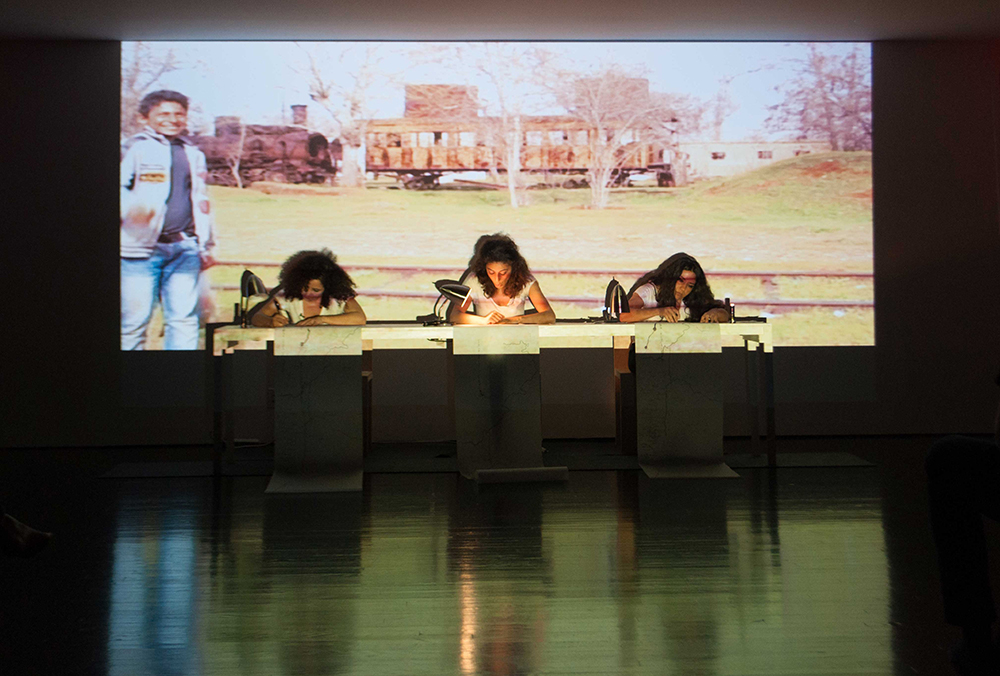 Dictaphone Group is a research and performance collective that creates live art events based on a multidisciplinary study of space. It is a collaborative project initiated by artist Tania El Khoury and architect/urbanist Abir Saksouk. Alongside various collaborators, such as performer and producer Petra Serhal, the group has created site-specific performances informed by research in a variety of locations: a cable car, a fisherman’s boat, and a discontinued bus, to name a few. The aim of these projects is to question, as citizens, the relationship to the city by focusing on “public space” and seeking its redefinition.

Departing from Beirut, the center of art and knowledge production in Lebanon, we revisit performances that took us to peripheral regions in Lebanon. We share stories about contested histories, militarized public spaces, and derelict public transport networks in Lebanon. Through these site-specific works, we trespass borders and reclaim places.