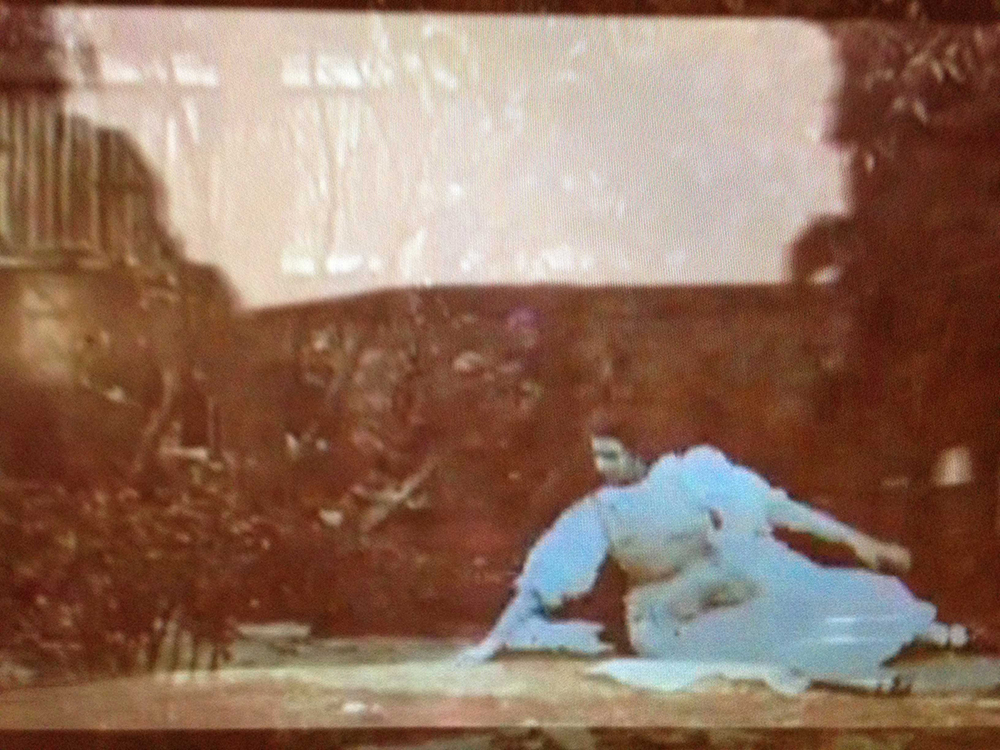 Rania Stephan graduated in cinema studies from Latrobe University in Melbourne, Australia and from Paris VIII University, France. Stephan’s work focuses on the archaeology of images, identity and memory, and archival material. In 2011, Stephan produced her first feature film, The Three Disappearances of Soad Hosni. Her most recent work is anchored in Lebanon’s turbulent reality and brings a poetic edge to raw images – where chance encounters are captured with compassion and humor.

Memories for a Private Eye is the first chapter in a trilogy that delves into the filmmaker’s personal archive. Evoking the language of film noir, it foregrounds a fictional detective to help reveal deep and traumatic memories. The film spirals around a lost image: the only moving image of the filmmaker’s dead mother. Weaving together images from different sources – private archives, the history of cinema, television and YouTube – the film unfolds into a labyrinthine maze, creating a blueprint of remembrance.

Aykan Safoğlu yearns to find forms of friendship. Often participatory in nature, his artistic practice trespasses upon the realms of various disciplines and is therefore non-medium-specific. Safoğlu holds an MA in art in context from the University of the Arts, Berlin, and an MFA in photography from Bard College. His 2013 film, Off-White Tulips, received the Grand Prize of the City Oberhausen at the 59th International Oberhausen Short Film Festival, On Screen Award at the Images Festival and Kinetta Archival Film Award at the 52nd Ann Arbor Film Festival. He is currently an artist-in-residence at the Rijksakademie van beeldende kunste, Amsterdam.

Off-White Tulips is a film comprised entirely of archival footage and objects. Through the film, Safoğlu has an imaginary conversation with American author James Baldwin, who lived in Istanbul in the 1960s and 70s. Safoglu’s personal journey resonates with that of Baldwin, whose identity as a gay black man opens the door for the filmmaker to explore the political dimensions of racism and tolerance, while bringing Turkish and American popular icons of the time into the conversation.