Ode To Joy: A performance by Rabih Mroué 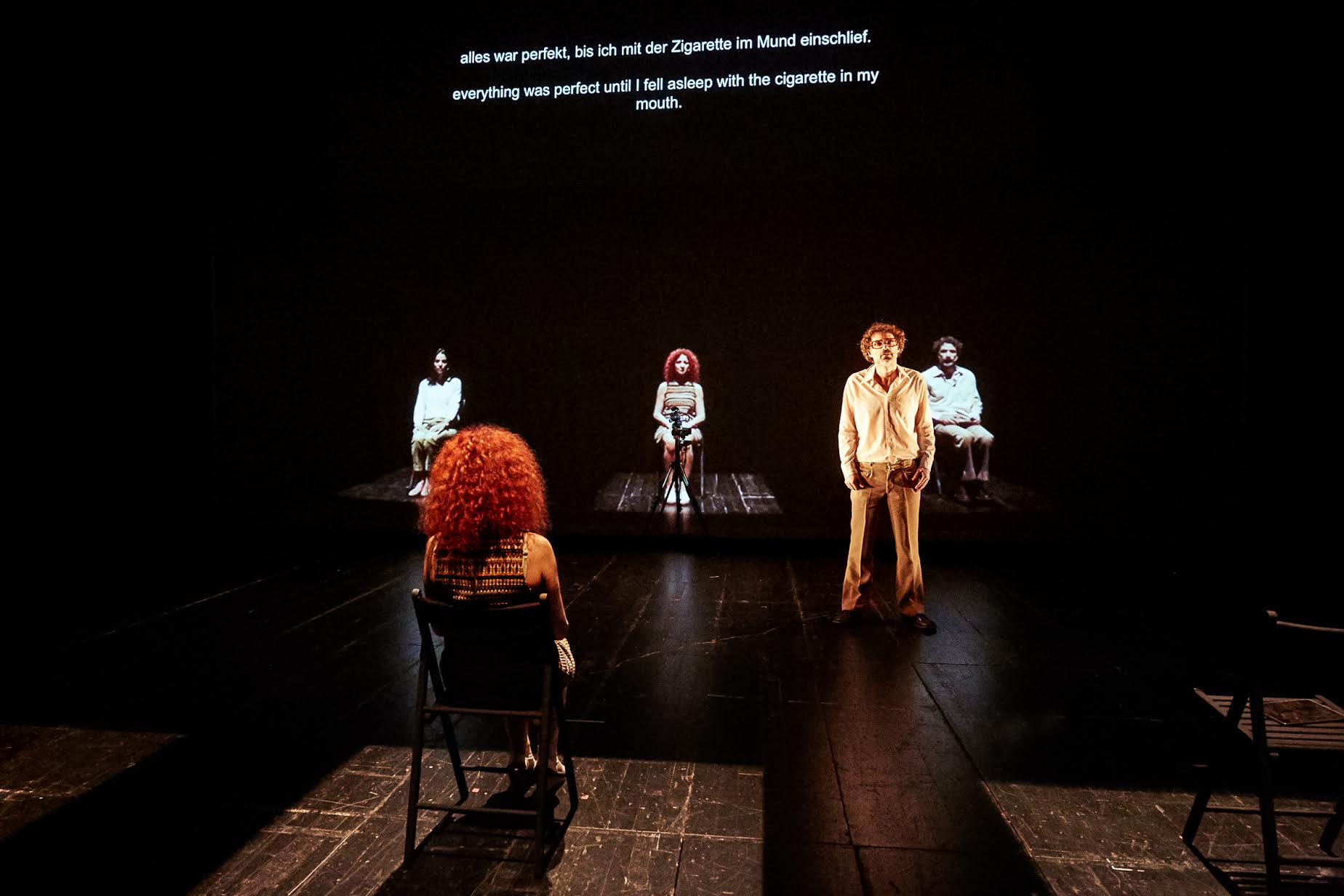 Rabih Mroué is an actor, director, and playwright. Mroué uses minimalist language and formal inventiveness to present conflicts that have troubled the Middle East and Lebanon over the last few decades, exploring them through themes such as memory and construction of identity. His works include The Pixelated Revolution (2012), Photo-Romance (2009), The Inhabitants of Images (2008), How Nancy Wished That Everything Was an April Fool’s Joke (2007), Make Me Stop Smoking (2006), Who’s Afraid of Representation? (2005), Looking for a Missing Employee (2003), Biokhraphia (2002), Three Posters (2000), and Extension 19 (1998), among others. Mroué is a contributing editor to the Lebanese quarterly Kalamon and a co-founder and board member of Beirut Art Center.

Manal Khader is a Palestinian writer, editor and actress based in Beirut. She has been the co-editor of Kalamon, a Beirut-based cultural quarterly review published in Arabic, since 2010. Khader has also played leading and supporting roles in both Arab and international films.

Lina Majdalanie is a Lebanese actress, writer, and director. Majdalanie has acted in, written, and directed numerous productions including Les Chaises (1996), Ovrira (1997), Extrait d’Etat Civil (2000), Biokhraphia (2002), Appendice (2007), Photo-Romance (2009), 33 rpm and a Few Seconds (2012), and A Drop of Sweat (2015). She also directed I Had a Dream, Mom (video, 2006) and Lina Saneh Body-P-Arts Project (website project, 2007). Majdalanie has taught at several universities in Beirut as well as the Geneva University of Art and Design, and was formerly a member of the Ashkal Alwan Home Workspace Program’s curricular committee. She has been working under the pseudonym of Lina Majdalanie since April 2015.

Ode to Joy is about the process of writing the future as a series of possible scenarios, the failure of the present to deal with reality, and the necessity of fiction to retell the past. In the beginning, we thought we were writing a play about the Palestinian revolution. Yet, with time it deviated and became a play about the 1972 Munich attack. Later, a bed was introduced and became the subject of the play. We do not know where this bed is going, but we do know its fate: death by explosion. .