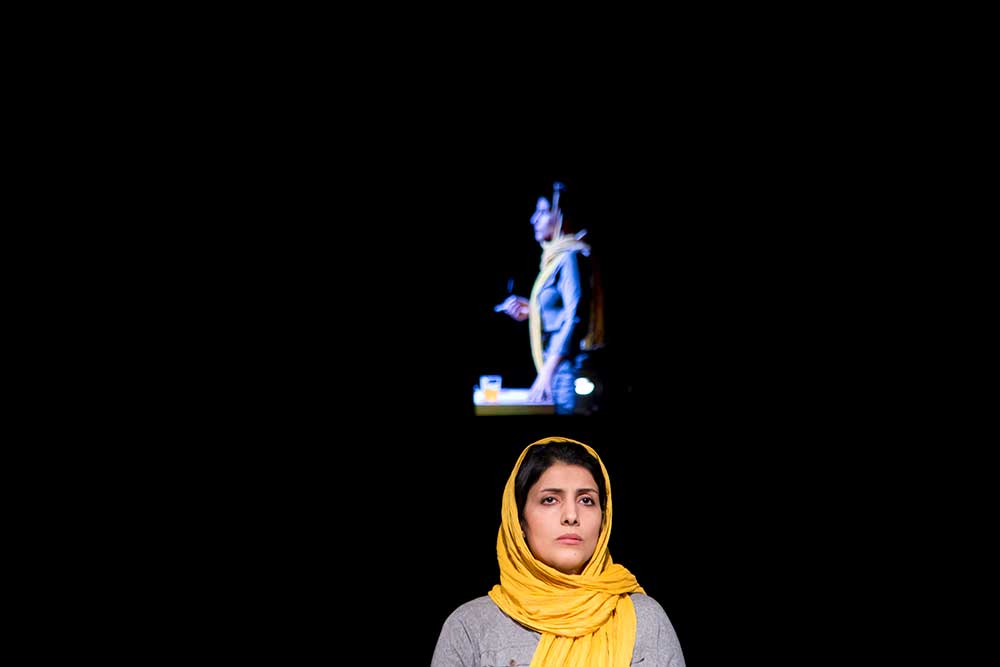 Amir Reza Koohestani is an Iranian playwright and theater director. After studying film and pursuing a brief career as a performer, Koohestani wrote his first play, And The Day Never Came, in 1999. In 2001, Koohestani’s Dance On Glasses put him on the international stage as it toured internationally for four years. Subsequent productions include Recent Experiences Amid the Clouds (2005), Dry Blood and Fresh Vegetables (2007), Quartet: A Journey North (2007), and Where Were You on January 8th? (2009). His most recent play, Hearing, premiered at the City Hall of Tehran in July 2015 and is currently on tour in Europe. The Mehr Theatre Group was created in Iran in 1996. Drawing inspiration from film, the Mehr group sought to produce a new kind of theater distinct from traditional Iranian theater. The company has won awards for Best Theater Company in Iran (2010), Best Theater Production in Iran for Ivanov (2011), Best Theater Production in Iran for The Fourth Wall (2012), and Second Best Theater Production in Iran for Timeloss (2013). In 2013, the Mehr Theatre Group produced Mahin Sadri’s new play, Belayers, to open a window for other members to develop the company’s aesthetic.

In Timeloss, Koohestani returns to his play Dance On Glasses (2011), but this time, the actors have come together a decade later to record the dialogues for a DVD version of the earlier play. As such, Koohestani transforms Dance On Glasses into an object, a pretext for looking back. Thus, Timeloss becomes a play about self-denial by rejecting the past rather than regretting it.