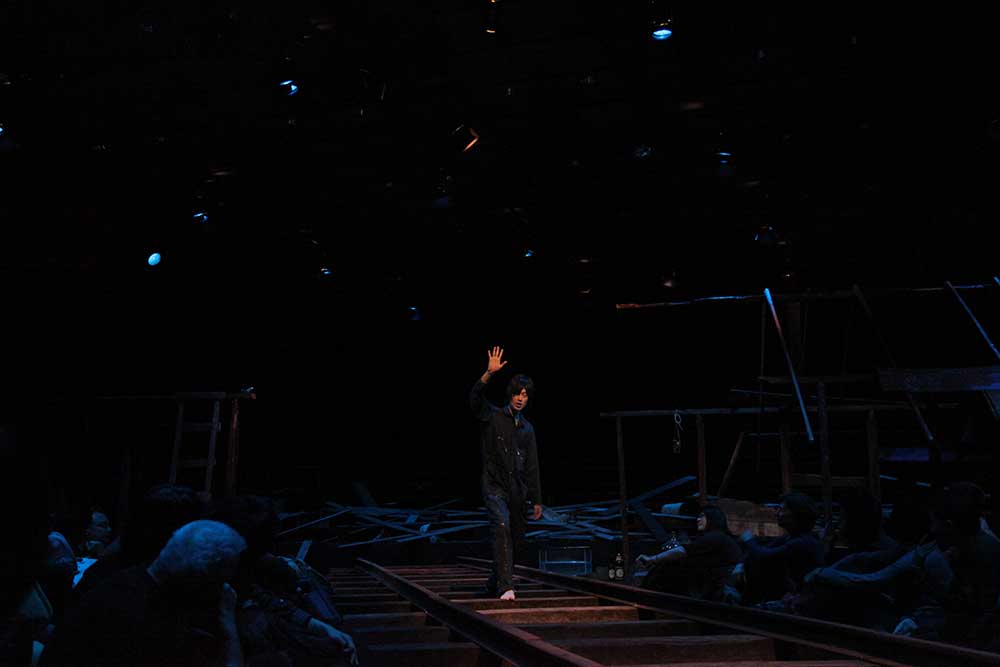 Zan Yamashita is a Japanese choreographer and director. In his methodology, he explores the relationship between words and the body through conceptual dance performances. Representative works include It Is Written There (2002), It’s Just Me, Coughing (2004), and The Sailors (2005). In 2004, Yamashita was awarded the Kyoto Art Center Performing Arts Prize and his works have been performed in numerous countries including Thailand, Belgium, Turkey, and the USA.

In Daikoushin / A Grand March, Yamashita performs a scenario where the world and everything in it is crazy, except for him. A series of inappropriate mumblings to the audience opens the performance. The sequence occurs at the scene of a railroad track littered with garbage and useless objects where time and space appear to be stagnant. Created before the 2011 Tohuku earthquake and tsunami in Japan, the work insists that the true catastrophe is when daily life, usually within arm’s reach, becomes a world phenomenon and all things ultimately return to nature.