al­Sanhuri and the Subject of The Caliphate in Islam 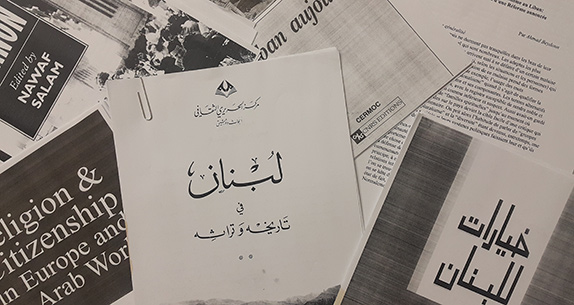 Perhaps the most significant remnant of the period following the abolition of the ‘Caliphate’ by Mustafa Kamal in 1924, were books. The Turkish abolition offered authors who were considered prominent and up­-and­-coming in Islamic governmental jurisprudence an opportunity to approach the issue of the Caliphate afresh, and to thoroughly investigate its prospects. Later, when the conditions that had dictated this had passed, these works became subject for debate, retaining a more generic significance with regards to statecraft in Islam. Throughout the long period since these works were published, this debate went almost uninterrupted, particularly because the works adopted opposing positions on the subject. This very debate is revived today with the rise of the ‘Islamic State’ in Iraq and Syria. With al­Baghdadi as its self­-declared Caliph, the subject of the Caliphate is re­emerging as a scholarly topic in the midst of an ongoing bloodbath. Selected here, as a window onto a fresh investigation of the subject, is one of the most significant of these works: the thesis of the Egyptian Abd al­Razzak al­Sanhuri.

The public talk is part of the seminar with Ahmad Beydoun for HWP 2015-16: From The Miraculous to the Mundane.

Ahmad Beydoun (b. 1943) is a researcher born in Bint Jbeil (Lebanon). Until his retirement in 2007, he was Professor of Sociology at the Lebanese University, as well as a visiting lecturer in various universities throughout France. He has led and participated in various cultural and scientific projects, organizations, and encounters in Lebanon and worldwide. He has published over fifteen books on subjects ranging from Lebanon’s social and political systems, to Arabic culture and language, in addition to literary works and translations. Beydoun’s works include Bint Jbeil – Michigan (Beirut: Dar An Nahar, 1989), Kalamun (Beirut: Dar al Jadid, 1997), Le Liban: Itinéraires dans une guerre incivile (Paris: Karthala, 2000), La réforme orpheline ou la dégénerescence du Liban (Paris: Sindbad Actes Sud, 2009), and the recent daftar al fasbaka (Beirut: L’Orient des Livres, 2013).