Tracing Aura: The Relic Across Eras of its Technological Reproducibility - Lecture with Finbarr Barry Flood 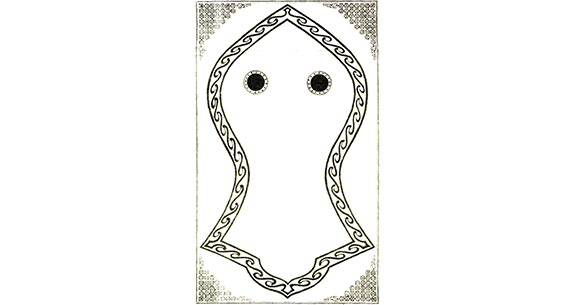 Tracing Aura: The Relic Across Eras of its Technological Reproducibility

Nineteenth- and early twentieth- century accounts of the streetscapes of many Middle Eastern cities suggest that they were far richer in images of various sorts than is often imagined. These included both devotional and profane ephemera, among them paper prints produced cheaply for mass consumption. This lecture focuses on a single example of such ephemeral images, a lithograph of the Prophet’s sandal printed in Beirut in 1901. Representing the adaptation of modern imaging technologies to promote practices of devotion, the lithograph reveals multiple anxieties related to contemporary contestations about relic veneration. It also stands as the last in a chain of images copied from the original relic, and so encapsulates or epitomizes several centuries of replication and circulation. Spanning the divide between manual and technological reproduction, the lithograph raises significant questions about prophetic aura and its transmission, questions that destabilize any hard distinction between tradition and modernity.

The public lecture is part of Finbarr Barry Flood's seminar Trouble with Images: Lost Histories of the Licit for HWP 2015-16: From The Miraculous to the Mundane.

Finbarr Barry Flood is William R. Kenan Jr. Professor of the Humanities at the Institute of Fine Arts and Department of Art History, New York University. He publishes on Islamic architectural history and historiography, cross-cultural dimensions of Islamic art, image theory, technologies of representation, and Orientalism. His books include The Great Mosque of Damascus: Studies on the Makings of an Umayyad Visual Culture (Boston: Brill, 2000), Objects of Translation: Material Culture and Medieval “Hindu-Muslim” Encounter (NJ: Princeton University Press, 2009) which was awarded the 2011 Ananda K. Coomaraswamy Prize of the Association for Asian Studies, and Globalizing Cultures: Art and Mobility in the Eighteenth Century (Ars Orientalis 39, 2011), co-edited with Nebahat Avcıoğlu.

He is currently co-editing the 2-volume Blackwell Companion to Islamic Art and Architecture with Professor Gülru Necipoğlu of Harvard University. Other projects include a monograph on artistic connections between medieval Ethiopia, India and the Islamic world, on which he is working with Dr. Kindeneh Mihretie of the Institute for Ethiopian Studies, Addis Ababa.