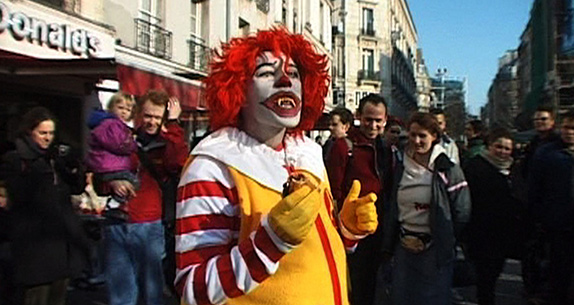 In this series of workshops and lectures we will discuss the role of power structures as part of daily life and their links with geopolitics, zooming out of our local urban experiences. We will explore the relationship between artistic practice and political action through public art, sabotage, hacking and shamanism.

Talk and workshop on reverse logic and how circularity can be used as a form of camouflage and masking actions and ideas. The workshop would deal with circular movements across landscape, social systems and narratives that appear to become by chance disrupted, but were always destined to be shorter than expected, an example, you tell your partner you are just going to the local shop - they expect you to come back, but you never return, you never lied, you made half the effort and you got what you wanted - you escaped mysteriously. Another example, USA invades a country to liberate it from an oppressor with the expectation that they will leave afterwards, but they never do - it was an invasion after-all - what a surprise!

8 – 10pm | public: The Great Liberation by Hearing in the Intermediate States - lecture with Francis McKee

Brian Keenan – taken hostage in Beirut and held for four and half years in the southern suburbs, begins to talk to an ‘invisible friend’ to pass the time, the friend is Turlough O’Carolan, the legendary 18th century Irish harper. Keenan’s choice of virtual companion is very interesting. Keenan, a northern irish protestant, had little contact with irish catholic culture or traditional irish culture. Speaking and writing in gaelic rather than English, O’Carolan was one of the last great figures in a vanishing civilization.

Keenan, as a northern protestant represented the settler tradition that was part of the British strategy to suppress and vanquish native irish culture. After his release Keenan wrote about his experience as a hostage but still did not think of writing about O’Carolan until he was approached by an Inuit woman who convinced him that O’Carolan was a dreamwalker. After writing a book on O’Carolan, Keenan went on to write about Shamanism in Alaska and Inuit territories.

Minerva Cuevas was born in 1975 and lives and works in Mexico City. Her artistic practice is characterized by socially engaged and site­specific actions that take place in a range of settings, from public space to museums, and the Internet. She works across a variety of media including video, installation and communication technologies.

From creating a corporation that gives away products and services like international student ID cards and barcode stickers, to reducing the price of food at supermarkets, to cultural experiments like buskers concerts, Cuevas assumes the role of both a political and artistic actor. In her practice, Cuevas examines the potential of informal and alternative economies. Her works allow the viewers an insight into the complexities of economic and political organization of the social sphere and its structures.

Heath Bunting is a British artist based in Bristol, UK. His work focuses on the development of open democratic and communication systems and social structures on the Internet and in the public space. He came from the street up, passing through and often revisiting graffiti, performance, intervention, pirate radio, fax/ mail art and BBS systems to become an active participant in the explosion of the Internet. Heath Bunting is a co-founder of both net.art and sport-art movements. He has had multiple works of art censored and permanently deleted (including all copies and backups) by the UK security services. His main work, The Status Project, involves using artificial intelligence to search for artificial life in societal systems. Aside from this, he is currently training artists in security and survival techniques so they can out-live organised crime networks in the forest during the final crisis. Bunting’s works have been commissioned and exhibited at a range of venues including: The New Museum, New York; Tate Modern, London; Transmediale, Berlin; Documenta X, Kassel, Germany; The Banff Centre, Canada, among others. He has lectured at many universities such as: University of West of England, Bristol, Goldsmiths, London, University of Westminster, London, Konstfack, University College of Arts, Stockholm, Mertz Academy, Stuttgart, Royal College of Art, London.

Dr Francis McKee is an Irish writer and curator working in Glasgow. McKee worked as a medical historian earlier in his career at the Wellcome Unit for the History of Medicine at the University of Glasgow. Completing a PhD on the Dutch 17th/18th century physician, Bernard Mandeville, he research the history of hypochondria and later worked on exhibitions on the history of anatomy in Europe and the history of psychiatry in Scotland. Later, he moved into the field of contemporary art. From 2005 - 2008 he was director of Glasgow International, and since 2006 he has been the director of the Centre for Contemporary Arts, Glasgow. He is a lecturer and research fellow at Glasgow School of Art. He has worked on the development of open source ideologies and their practical application to art spaces, specifically the Centre for Contemporary Arts in Glasgow. He curated the Scottish participation at the Venice Biennale with Kay Pallister in 2003. Since 2011 he has been lead researcher on an AHRC research project - The Glasgow Miracle: Materials Towards Alternative Histories - indexing the archives of The Scottish Arts Council Gallery, Glasgow, the Third Eye Centre and CCA.