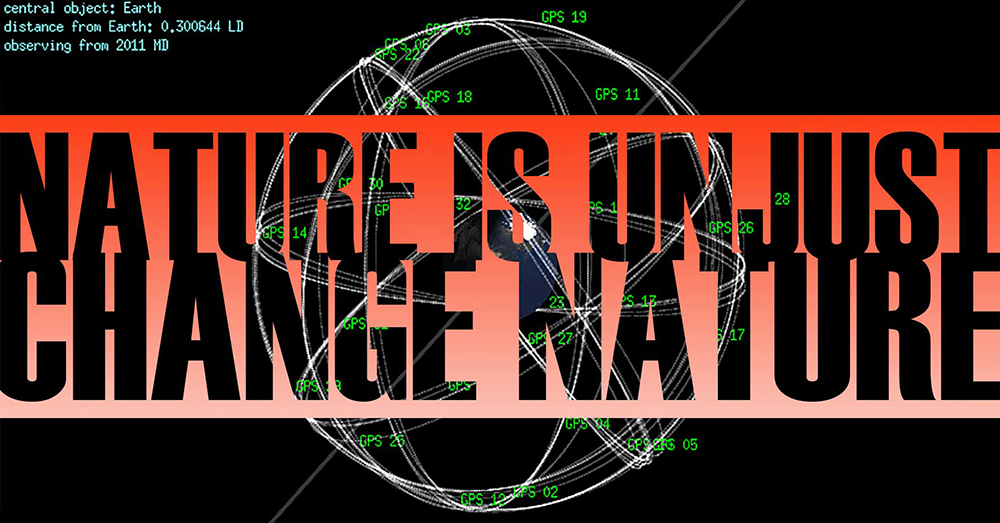 In this paper, Bauer will speak about Xenofeminism (XF): A Politics for Alienation, a text collaboratively written by Laboria Cuboniks in 2015. Bauer will highlight XF’s endorsement of alienation, and how it can be helpful in thinking about what time is.

Bauer will introduce the idea of Xenotemporality (XT), which proposes that the human experience of time is not sufficient for how we organize, inflect and orient the systems on which we now depend. Realities of how time functions beyond human experience have a direct impact on us and our daily lives via our technology (GPS satellites, for example). The development of XT and a commitment to thinking ‘time’ outside of our experience (a further decentering of the human), will help frame how we are to think about what the human is and how best to orient our expedited evolution.

Diann Bauer is an artist and writer based in London. Her work spans a range of disciplines and has been screened and exhibited internationally, notably in London at Tate Britain, The Showroom and The Drawing Room; in Athens at Deste Foundation and Benaki Museum; in Melbourne, at Ian Potter Museum of Art; in Berlin at Kraupa-Tuskany Zeidler and Die Neue Aktions Galerie, and in New York at The New Museum, White Box, The Dorsky Museum, OMI International Art Centre, and Socrates Sculpture Park.

Bauer is involved in several collaborative projects including:

-Laboria Cuboniks, a working group redefining a feminism adequate to a global 21st century with whom she wrote and published Xenofeminism, A Politics for Alienation in 2015 (laboriacuboniks.net);

-The Office for Applied Complexity (OfAC, http://officeforappliedcomplexity.com/) a platform for research and development that traverses conceptual terrains with an aim to construct new models for work between art, science, technology and power. This project is an expansion of Fixing the Future (fixingthefuture.info) of which she was also a member;

Bauer has lectured at the Tate and the ICA (London), Yale University, Berliner Festspiele and Haus der Kulturen der Welt (Berlin), Halle 14 (Leipzig) Performing Art Forum (France), ACAF (Alexandria) and has taught in the US at Cornell University, Bard College, and Cooper Union, and in the UK at Goldsmiths University, Brighton University, University of the Arts London, amongst many others.