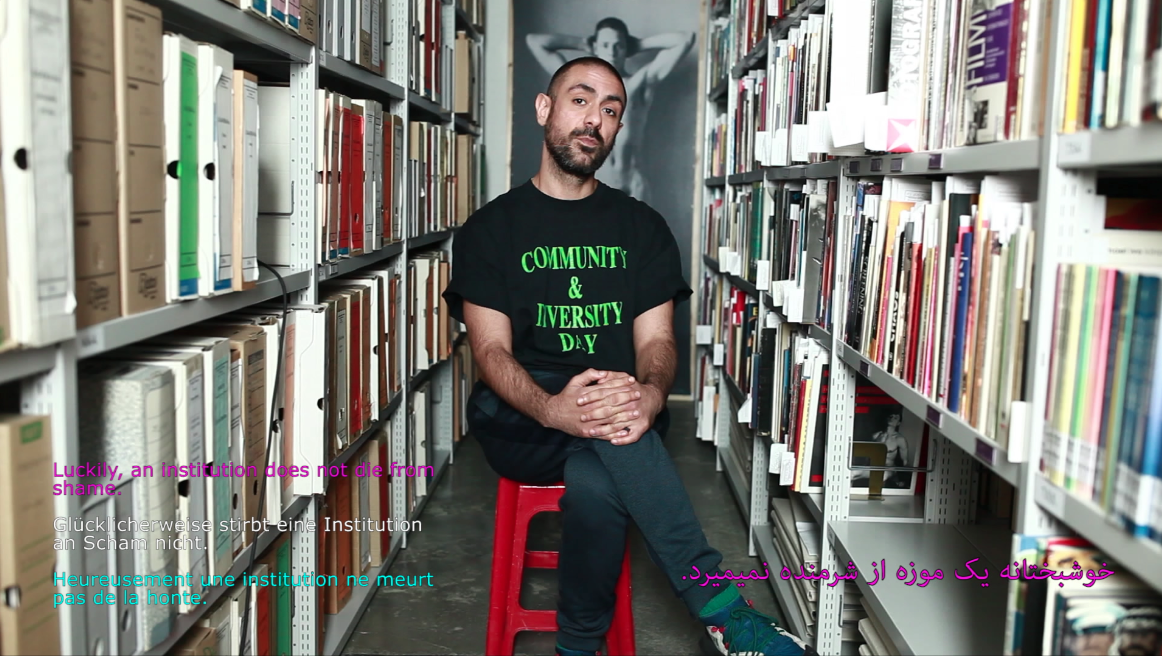 The exhibition "Odarodle - Sittengeschichte eines Naturmysteriums, 1535-2017" took place from July 21st to October 16th, 2017 at the Schwules Museum* in Berlin. The project engaged with the relevance, impact, and potential of displaying sexualit(ies) within contemporary cultural practices. Historically, identity-based liberation movements have concerned themselves with generating political visibility. What have some of these strategies been? How do attempts to "show" the particular manners, mores, and ways of certain kinds of peoples in order to represent them to a general public rely on established ethnographic methods? How does a critical apprehension of vision complicate the "politics of visibility"? Who is doing the looking and what are the risks of exposure? Ashkan Sepahvand, curator of the "Odarodle" exhibition, will present and contextualize some of the ideas behind the project.

Ashkan Sepahvand is an Iranian-American writer, editor, and curator. His previous experience includes working with the Haus der Kulturen der Welt as a Research Fellow for "The Anthropocene Project" (2012-2014). Since 2013 he has been co-organizing the technosexual reading circle, among other activities. His research interests include histories and imaginations of the body, the senses, sexuality, dance, party culture, undergrounds, the commons, utopia, science fiction, ritual, and queer worlding, among other topics.