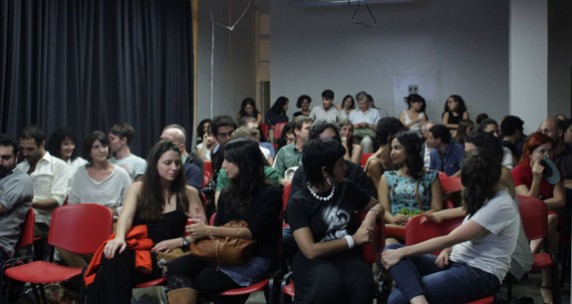 The rate of technological changes and innovation today can be a challenge in creating and presenting digital media. Having a solid foundation in understanding basic concepts of audio and visual elements is required. The technical workshop aims to lay this foundation and will cover topics including frames rates, resolution, formats and compression. These elements will be covered in a way which is applicable to installation and single channel work at a variety of budget levels. Participants will be trained on how to evaluate source material for quality and constructive problem solving.

With the support of Heinrich Böll Foundation, M.E.O.

Belal Hibri is a colorist, post-production specialist, and principal at Rez Visual, a colour-grading boutique specializing in feature films, television advertisements and music videos. His credits include works screened at MoMA, Sundance, South by Southwest (SXSW) and the Abu Dhabi Film Festival, and he has collaborated on several alternative productions with various artists, such as Akram Zaatari. Hibri studied video art at the University of Michigan in Ann Arbor.

Fadi Tabbal is a specialist in sound design and sound conception, and manages all engineering tasks at Tunefork, one of the most prominent recording studios in Beirut. He has worked on a variety of projects including sound installations for the Feel Collective and documentaries by Maher Abi Samra, Rania Rafei and Laila Hoteit among others. Tabbal is also a full-time member of several Lebanese bands: psych-rock band The Incompetents, experimental rock quartet XEFM and drone unit Under The Carpet, and collaborates frequently with folk singer Youmna Saba and experimental punk band Scrambled Eggs. He is also the co-producer of Ziad Nawfal’s live sessions on the Ruptures radio program (Radio Lebanon).