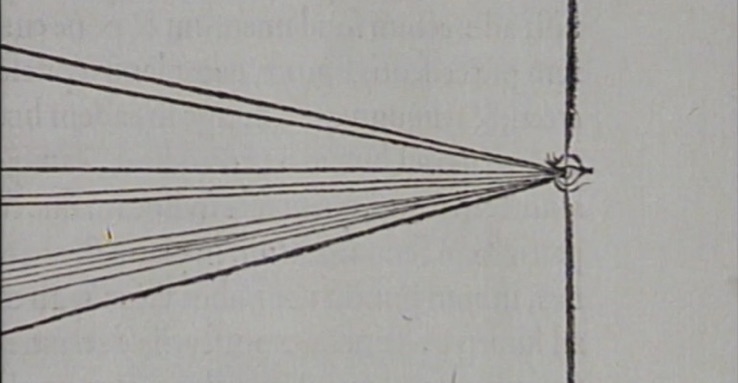 Reflecting on the relation of vision and violence, this talk discusses two opposing epistemic perspectives, which have shaped the political economy of (post)modern seeing: (1) objective scientific knowledge as the secular heir of the totalizing, yet unattainable 'God’s-eye-view', and (2) visual empathy as the (post)modern fantasy of taking and/or representing the perspective of the supposed subaltern 'Other'. The challenge is to think of a third perspective that can avoid both the epistemic relativism of today’s kaleidoscopic humanitarianism and the totalizing objectivism of so-called “hard science,” materialized in techno-dystopian networks of biopower. Here, Walter Benjamin’s critique of historicism and Donna Haraway’s theory of "Situated Knowledges" intersect, allowing for a third, that is, partial perspective, bound to partisan epistemologies (be it the 'tradition of the oppressed,' the 'proletariat,' 'cyborgs'). If “only partial perspective promises objective vision” (Haraway), we can grasp the dialectical flipsides of today’s regimes of seeing: either siding with the epistemic relativism of humanitarianism (empathizing with the micro-perspective, reifying the local, vernacular) or identifying with the totalizing objectivism of a secular-scientific ‘God’s-eye-view’.

The violence inscribed in both perspectives, relativism and totalization, relates to the same fantasy of sovereign power as enacted “god tricks” (Haraway). While the empathizing perspective serves the subject of the ‘Human Rights Discourse’ (from peacekeeping to peacemaking), the objectivist perspective is the spatial operator of contemporary imperialism, neocolonial capitalism, and neoliberal regimes of control and discipline. In other words, the dialectics of biopolitical vision is itself visual, split between the empathizing perspective of humanitarian avatars like Angelina Jolie or Bill Gates and the objectifying eye of a drone, promising real-time control, transparency and intervention. As the talk will argue, the neoliberal mantra ‘think global, act local’ translates another sequence: view global, kill local.