In defense of digressions 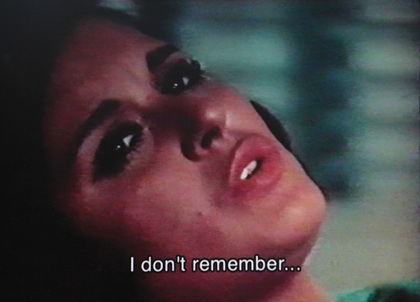 In defense of digressions

This workshop will be held online

Sometimes our eyes drift towards detail. We watch a film, and what remains is a fragment rather than the whole: the gaze of a certain character, an extra in the background, a tree in the landscape, or a line of dialogue. We found that other filmmakers and artists have developed their practice around these kinds of obsessions, isolating a detail, magnifying and repeating it— and therefore deconstructing the film, digressing from its storyline and to reveal the potential of new narratives and forms otherwise hidden. We discovered this was the basis of a cinematic gesture that some call secondhand cinema, others recycled or found footage cinema.

This seminar revolves around these practices, that of making films with already existing sounds and images. As a film editor/writer and a filmmaker/programmer working with hybrid forms of writing in cinema, we ask ourselves: Why does one work with already produced material instead of producing one’s own? How does the constraint of working with defined source materials generate multiple new forms? By placing editing at the heart of filmmaking, what is at stake? And what are the various gestures that allow the excavation of alternative narratives?

Moreover, what can secondhand cinema practices reveal about our relationship to  archives? How do they confront us with questions of accessibility? What do they say about our status as isolated individuals in a world that has momentarily sealed its borders? In other words, what kind of circulation does the re-editing of already existing footage provoke?

This seminar will span over 6 sessions of 2.5 hours each. It will include film viewings and discussions around filmmakers working with recycled footage and readings that reflect on this process. It will also invite the participants to carry out a series of exercises that consist in re-editing material originating from one chosen source film in order to explore the various forms that can come out of this practice.

Participants should be interested in archival practices and film editing.

Prior experience of a basic editing software is required.

Carine Doumit is an independent film editor and writer. Her work comprises a variety of feature documentaries, film essays, and experimental videos. She is involved as writing and editing consultant in workshops and university programs as well as with independent filmmakers and artists. She writes hybrid texts for and about cinema.

Nour Ouayda is a filmmaker, film critic and programmer. She is a co-editor of the Montreal-based online film journal Hors champ. She is deputy director at Metropolis Cinema Association in Beirut where she also coordinates the Cinematheque Beirut project. Her films and writing research the practice of drifting in cinema.

Carine Doumit and Nour Ouayda are part of the Camelia Committee, a collective that explores hybrid forms of writing for and in cinema. The Camelia Committee is a cooperative model of production and representation, investigating ways in which individual and collective artistic practices intertwine.