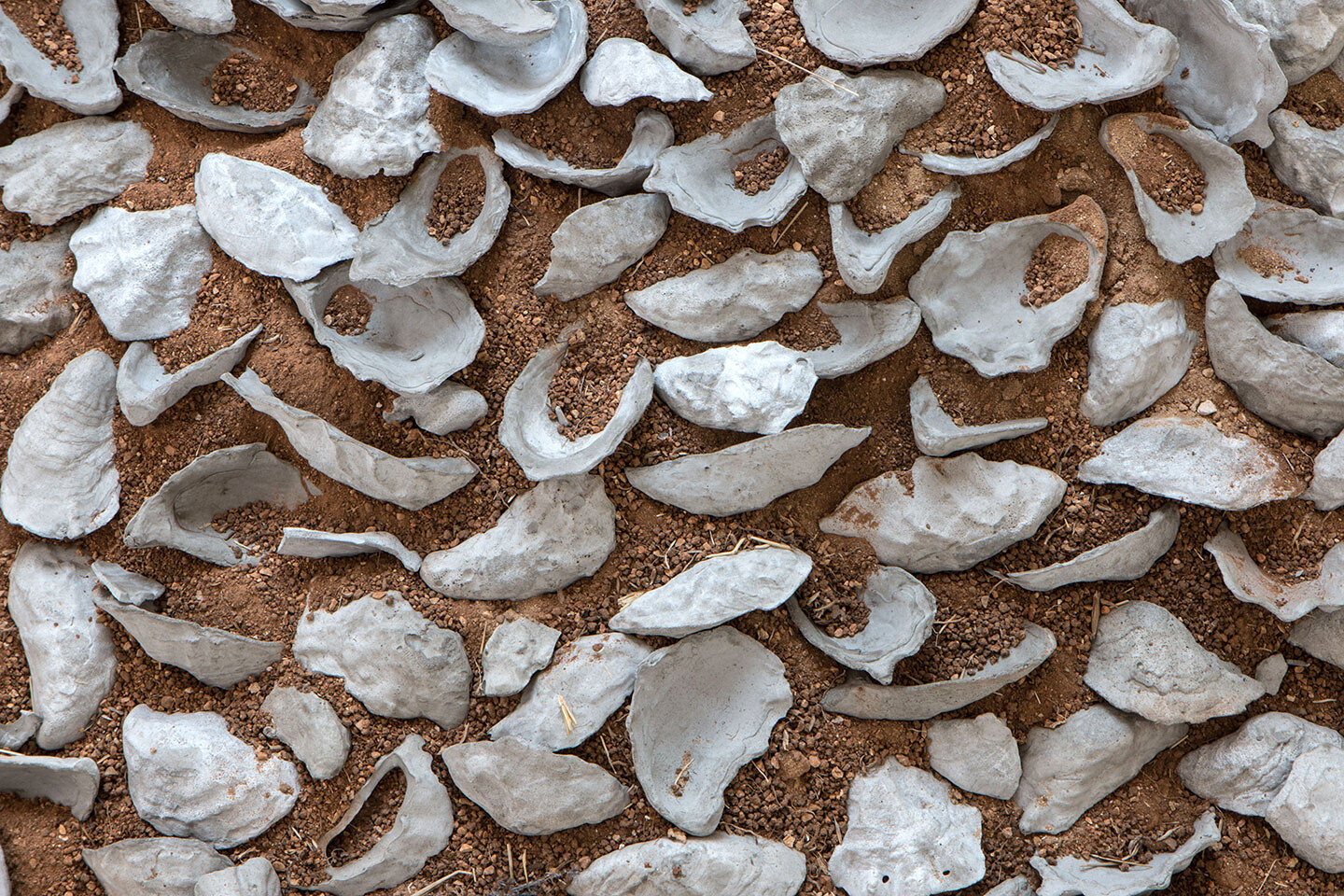 This seminar will be held online

In a 2017 monograph, anthropologist Ghassan Hage posed the question; “Is racism an environmental threat?”. The presupposed answer, of course, was “yes.” This seminar delves into the articulation of racial difference and systemic environmental violence from the point of view of the settler colony. In this work the concept-image of the frontier will serve to trace these interlocking exclusions as a topology of power that—as a governance of the exterior—calls for formal or aesthetic tools in response.

Over three sessions the concept-image of the frontier will be introduced, explored and tested in relation to artworks, archival images and curatorial devices. The seminar shares examples and insights from over five years’ of research and curatorial projects through the Frontier Imaginaries foundation. Artists' works discussed include those by Megan Cope, Ho Rui An, the Karrabing Film Collective, and the Otolith Group, along with materials from the Shell Oil Company. Theoretical materials considered will encompass what may be called ‘the critique of dispossession’—including critical property theory and indigenous studies perspectives such as by scholars Brenna Bhandar, Glen Coulthard, Robert Nichols, Elizabeth A. Povinelli and Aileen Moreton Robinson, as well as a coverage of the colonial emergence of ‘Natural Law’.

This seminar serves to interrogate the category of the natural within the matrix of power, knowledge and violence as inherited from European imperial projects down to the present day. At stake is the value of a formal, or compositional point of materialist analysis—one well suited to artists, curators, filmmakers and cultural practitioners.

Vivian Ziherl is a critic, curator and researcher of contemporary art, raised in Australia and working in the Netherlands. From 2016 –2019 she was the founder and director of art and research foundation Frontier Imaginaries that staged internationally mobile thematic editions through exhibitions, art-commissions and symposium projects together with programme partners including Columbia University, e-flux Projects, the Institute of Modern Art (Brisbane), the QUT Art Museum and the Van Abbemuseum among others. In 2017 she co-convened Humans of the Institution with Anne Szefer Karlsen, a project dedicated to mobilising international action on the conditions of the freelancer, presented together with the University of Bergen, Veem Huis voor Performance, Amsterdam Art Weekend and Dutch Art Institute. She was curator of Jerusalem Show VIII (2016) with the Al Ma’mal Foundation and as part of the 3rd Qalandiya International, was nominated for the ICI Independent Vision Curatorial Award (2016), and received curatorial fellowships from the IMA Brisbane (2015-16), and Witte de With Center for Contemporary Art together with Natasha Ginwala (2013). From 2012 to 2014 she was a Curator with performance based institution If I Can’t Dance, I Don’t Want to Be Part of Your Revolution, and in 2012 and 2013 she was a guest curator of Stage It! Parts 1 & 2 which launched the performance programme of the Stedelijk Museum Amsterdam upon its re-opening. Ziherl is a PhD candidate in Curatorial Practice at Monash University, Melbourne.