Staging a Decolonization Process: A Work of Several Parts - Lecture by Catarina Simão 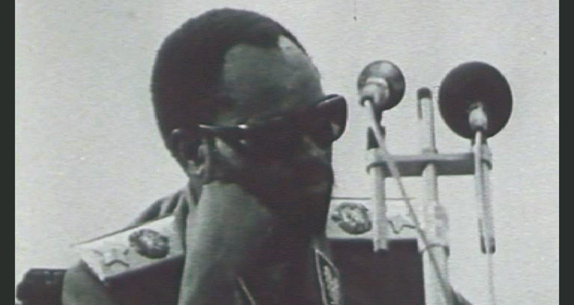 Catarina Simão (b. Lisbon, 1972) is a Lisbon-based artist and independent researcher. Her practice is built upon research and collaboration, encompassing art installations, videos, film screenings, radio shows and participatory workshops. She is the author of essays related to the subjects of her projects, such as political theory, propaganda image, archive and artwork based on the primacy of process. Her ongoing Off screen project— Mozambique Film Archive was initiated by Simão in Maputo, Mozambique, in 2009.

Mozambique President and head of the Frelimo Party, Samora Machel, has his hands stretched out towards the audience. “We shall not forget!” he sings and shouts. The audience roars back, promising Samora that they won’t forget either, pledging their remembrance to his. Simão will show her current work around the reconstitution of archival footage of a highly intense four-day meeting, held in 1982 in Maputo, Mozambique, between the governing Frelimo Party and State, and thousands of Mozambicans committed to repressive colonial-fascist organizations. Most Portuguese settlers and white Mozambicans had fled massively after the Independence in 1975. But the ones at stake had remained in Mozambique, despite the fact that their civil rights had already been withdrawn. Samora Machel himself led the proceedings while those compromised with the occupying Portuguese faced public exposure and confessed their misdeeds. Concrete decisions and actions determined the accomplishments of this political meeting, but many other relations involved are kept undetermined when human and historical confrontations are shaped through this kind of “meeting practice”.