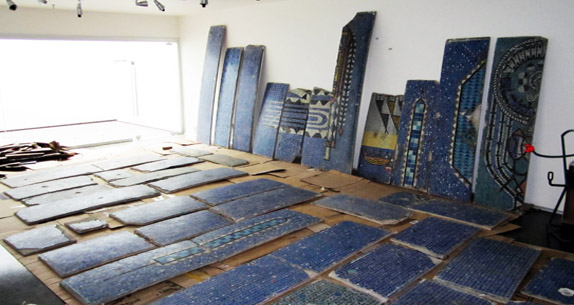 Johann Pillai studied aesthetic and literary theory at Yale University in Connecticut and the State University of New York in Buffalo. An associate professor of comparative literature, he has taught and lectured at universities in the US, Turkey and Cyprus, and published work in areas ranging from 18th century romanticism, to political history, modernism, postmodernism and contemporary art. His research interests include critical theory; comparative studies in English, American and German Romanticism; early modernist movements in art, music and literature, including visual and sound poetry; 18th century irrationalism; problems of historiography and legal interpretation; and literature in relation to the visual arts. He is currently an independent scholar and the director of Sidestreets, an independent arts and culture organization in Nicosia, Cyprus.

This presentation traces to the present, through historical mishaps and the political mayhem of wars, military coups and chance discoveries, the trials and tribulations of the 227 square-meter mosaic wall by Bedri Rahmi Eyüboğlu for the Turkish Pavilion at the 1958 Brussels World Fair. This was Turkey’s first modern prefabricated building, which brought together most of the living major figures in the country’s history of art, architecture, classical music and opera, and politics. As world’s fairs are essentially curations of narratives of official national identity, how does one represent “nation” or “country” or “region” outside of its geographical location? To what extent can a wall or border represent (rather than inside/ outside inclusion or exclusion) linkage and unification? Does the historiographical “writing of the disaster” (Blanchot) participate in the transference of its trials and trauma (LaCapra, Rancière) and preclude the renewal of tradition, ownership or reconstruction (Toufic)? Can archives, exhibitions, artworks and monuments resist absorption into memorial narratives, and instead express fragmentation and forgetting? The Lost Mosaic Wall follows a tale of discovery and detection spanning fifty years of the social and cultural histories of Turkey and Cyprus.