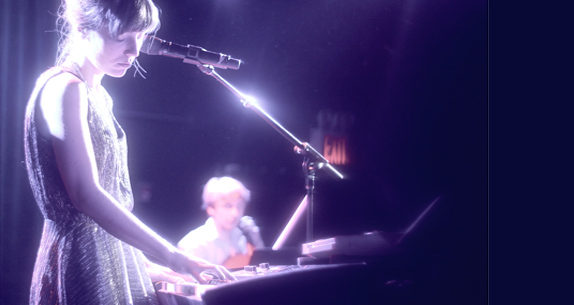 Julia Holter is a composer/ multi-instrumentalist based in Los Angeles. As a truly DIY composer, Holter started her career releasing limited-run cassettes and CD-R releases for labels like Human Ear Music, Engraved Glass, and NNA Tapes. She has since forged an identity in the contemporary music landscape with work that merges pop melodies with abstract composition. Her works include Eating the Stars EP (2007), debut album Tragedy (Leaving Records, 2011), and Ekstasis (RVNG Intl., 2012), an album that reflected the conventions of her classical training while also introducing a pop structure.

Julia will be presenting her songs alongside field recordings made of her ever-changing-yet-always-familiar environment in Los Angeles, in response to the possibilities posed by Home Works 6 on the constant process of “excavation” and “trial”:

“In my mind, we are never finished with our excavations. There is no end to them, and no point at which we can judge them really. We have to just let the sounds outside be. And every now and then, we sing a song.”