Rwanda, Algeria - from tradition to modernity of forgiveness: Lecture by Kader Attia 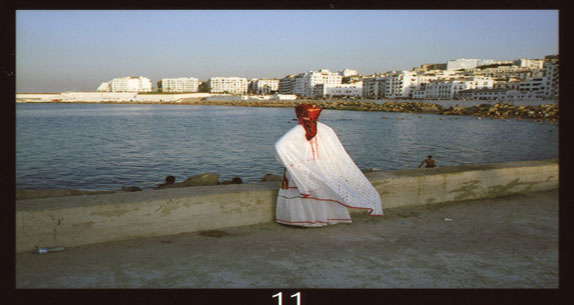 Kader Attia (b. Paris, 1970) studied Philosophy and Fine Art in Paris and spent a year at Barcelona’s School of Applied Art La Massana in 1993. His childhood spent between France and Algeria has had a profound impact on his work, and his time living in the Congo Kinshasa and Venezuela has further informed his vision. Attia’s first solo exhibition was held in 1996 in the Democratic Republic of Congo. His work was presented at the 50th Venice Biennial (2003), the Lyon Biennial (2005) and the 4th Moscow Biennial (2011). Recent exhibitions include Construire, Déconstruire, Reconstruire: Le Corps Utopique, a solo show presented at the Musée d'Art Moderne de la Ville de Paris and at dOCUMENTA(13), Kassel (2012); Performing Histories (1), at the Museum of Modern Art (MoMA), New York (2013); 10 ans du Projet pour l'Art Contemporain at the Centre Pompidou, Paris (2012); The Global Contemporary Art World after 1989 at the Centre for Art and Media Karlsruhe (ZKM, 2011); and Contested Terrains at Tate Modern, London (2011).

Following the brutal civil wars of the 1990s, in which hundreds of thousands were killed, Algeria and Rwanda, like many others, have had to engage in a process of repair. However, it is “the shame of being a Human Being”, to quote Primo Levi, which will sooner or later punctuate the History of these destructive acts. How to rebuild, and what to rebuild from and after this annihilating chaos? In 2001, the President of the Algerian Republic initiated the “National Reconciliation” process, while in Rwanda, the courts established to adjudicate the genocide have been so overwhelmed that they have had to enlist the help of traditional courts of common law.

From tradition to modernity, the history of courts on the African continent precedes and transcends colonialism, while the link with the latter was never severed. What will be left from any process of repair, following slavery, colonialism, dictatorships and pseudorevolutions? In an attempt to make the complexity of these seemingly impossible adjudications more readable, Attia explores the continuity of the order of human things beyond the event.