Love Letters to a Union: Lecture-performance by Lara Khaldi and Yazan Khalili 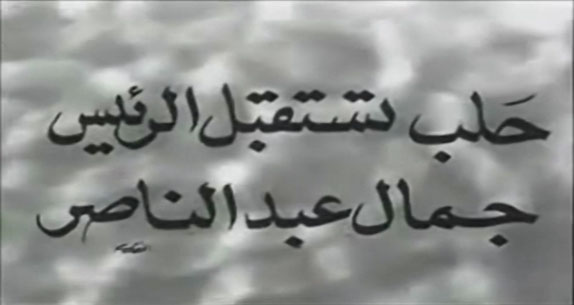 Lara Khaldi (b. Jerusalem) is currently pursuing her MA in Media and Communications at the European Graduate School (Switzerland). She received her BA in Archaeology and Art History with a minor in English Literature in 2005. Khaldi recently co-curated Gestures in Time (2012) produced by Jerusalem Show 6 and Riwaq Biennial 5 within Qalandiya International 0 program, and on/ off Language, with Al Ma'mal Contemporary Art Foundation (2011). With Yazan Khalili she co-curated the film and video programs Cinema of Independence (2009) and In the Name of the Father (2011) as part of the Arab Shorts initiative by Goethe-Institut, Cairo. Khaldi was Assistant Director at Al Riwaq Art Gallery, Bahrain (2007), and Assistant Director for programs at the Sharjah Art Foundation (2009-2011). She was Assistant Curator for Disorientation II, Saadiyat Island, Abu Dhabi (2009), and for Never Part, Bozar, Brussels (2007). Khaldi is currently Director of Khalil Sakakini Cultural Center (Ramallah). Khaldi is currently working independently on several projects including a web-based ArabicEnglish art glossary.

Yazan Khalili (b. 1981) lives and works in and out of Palestine.He holds a degree in architecture from Birzeit University (2003) and an MA (2010) from the Centre for Research Architecture at Goldsmiths, University of London. Khalili was artist-in-residence at Delfina Foundation, London (2008) and at The Danish Film School (2006). He taught Politics of Production at the International Academy of Art Palestine. Khalili was production coordinator for Sharjah Biennials 9 and 10, and co-curated the Young Artist of the Year Award 2012. Recentsolo shows include: Landscape of Darkness, Transit Gallery, Belgium (2011); and On Love and other Landscapes, Imane Fares Gallery, Paris (2013). Recent group shows include The Jerusalem Show (2011 and 2010); Future of a Promise Pavilion, 54th Venice Biennial (2011); Forum Expanded, Berlinale 62 (2012); and Reemerge, 11th Sharjah Biennial (2013). Khalili was nominated for the KLM Paul Huf Award in 2009 and 2010. His writings and photographs have been featured in several publications, such as Manifesta Journal, Frieze Magazine, C-Print, Ibraaz and Subjective Atlas of Palestine among others.

Two friends distanced by their constant travel exchange emails about their love lives, the weather, and often-banal daily events. They use the letter/ email format by tricking it; they use it and what it elastically permits for weaving different contemporary events with long-forgotten ones. In the performance, Khaldi and Khalili weave together the events that lead to the formulation of the United Arab Republic (1958-1961) between Syria and Egypt and its failure, while also speaking about the contract of marriage, love and pan-Arabism. They question their friendship, their love lives; they wonder, what is a union? But they are afraid to answer, so they write to each other about a failed love story. The artists will also show two short films: The Story of Milk and Honey (Basma al Sharif, 2011) and The Diver (Jumana Emil Abboud, 2004).