A World Not Ours 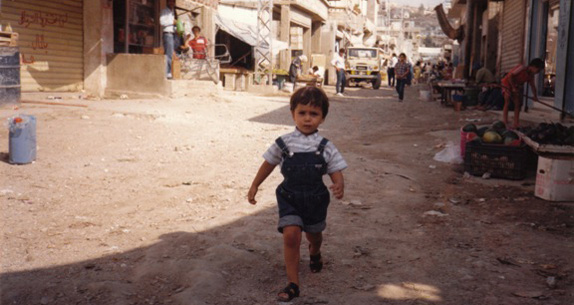 Mahdi Fleifel (b. Dubai) is a Palestinian filmmaker and visual artist. He grew up in Ain El Helweh refugee camp in Lebanon, then in Denmark and is now based in London. His film A World Not Ours won the Peace Award at the 2013 Berlin Film Festival.

A World Not Ours is an intimate, and often humorous, portrait of three generations of exiles in the refugee camp of Ein El-Helweh, in southern Lebanon. Based on a wealth of personal recordings, family archives and historical footage, the film is a sensitive and illuminating study of belonging, friendship and family.