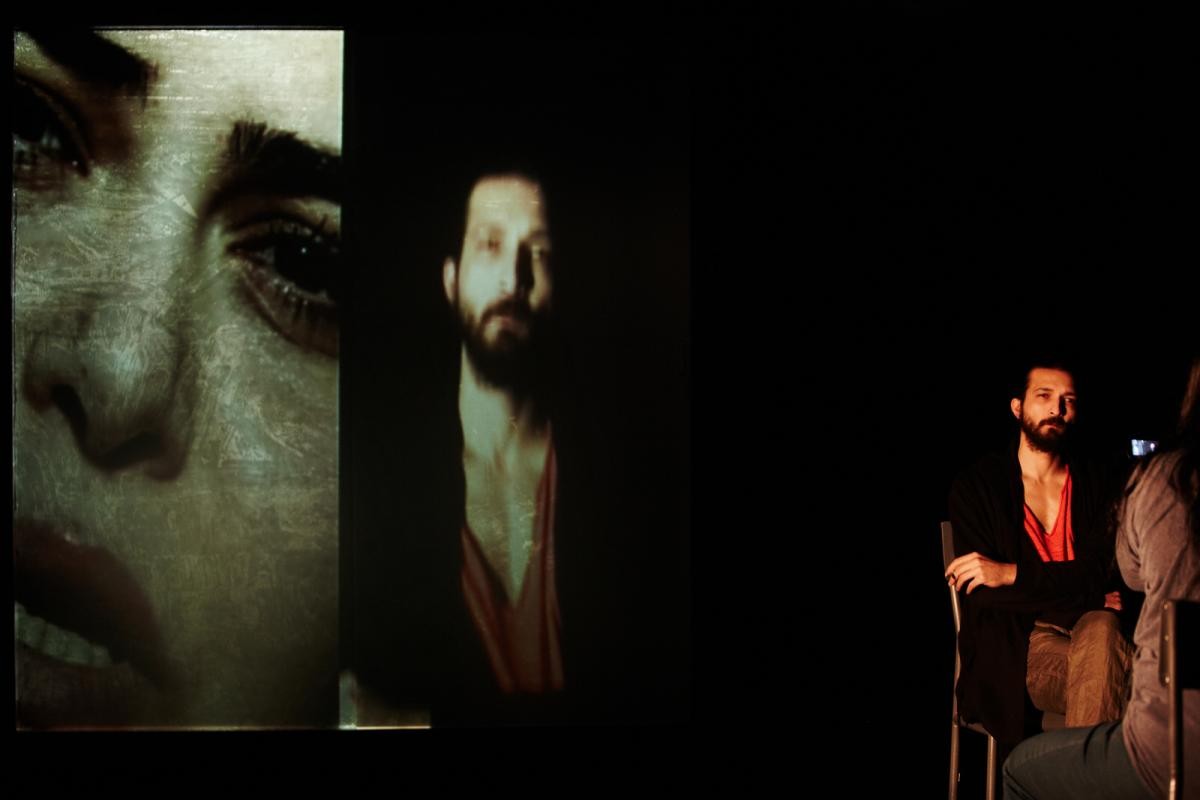 Omar Abu Saada (b. Damascus, 1977) is a theatre director. He graduated from the Higher Institute of Dramatic Arts in Damascus. His directorial works include: Araq (Insomnia, 2004); Al Affīsh (The Poster, 2006); Samāḥ (2008) a collectively devised performance with inmates from the Damascus Juvenile Institute in Damascus; Al-Mirwad wal Mik’ḥalah (The Kohl Applicator and Flask, 2009); Look at the street…this is what hope looks like (2011); and Could you please look into camera? (2012). Abu Saada has led many workshops on Theatre of the Oppressed and Interactive Theatre in Syria and other Arab countries. He currently teaches theatre writing at the Higher Institute of Dramatic Arts in Damascus.

Mohammad Al Attar (b. Damascus, 1980) graduated from the Faculty of English Literature, Damascus University (2002), and from the Higher Institute of Dramatic Arts, Damascus (2002). He also received an MA in Applied Drama from Goldsmiths College, University of London (2010), with a focus on the political and social role of drama. His plays include: Withdrawal (2007); Samāḥ (2008), a collectively devised performance with inmates from the Damascus Juvenile Institute in Damascus; The Brocade Casket (2008); Online (2011); Look at the street… this is what hope looks like (2011); Could you please look into the camera? (2012); and Chance Encounter (2012). His works have been published in Arabic and English and have been performed in Damascus, London, New York, Berlin, Tunis, Edinburgh, Athens, Belfast, Brussels and New Delhi among other places. Al Attar is also a practitioner of Theatre of the Oppressed, and regularly employs theatre in his work with marginalized groups. He has contributed reviews and articles published in many magazines and newspapers.

Sudanese actor Yasser Abdullatif emigrates from Khartoum while still a student the year after the 1989 coup d’état led by the current president of Sudan Omar Al Bashir. Yasser ends up in Damascus where he lives for the next 20 years, until he leaves once again to flee the violence unleashed amid the ongoing Syrian revolution. In an intimate conversation with his friend, Yasser reminisces and comes to terms with chapters of his colourful and ever-shifting life: his experiences as a student, his love life and marriage, his career on stage and on camera—successes, failures, drunkenness, breakdowns, going broke. Having lost his two beloved cities, Yasser searches – as a last resort and maybe in vain – for a place on the stage.