Under this Trail are Corpses: Lecture by Paola Yacoub 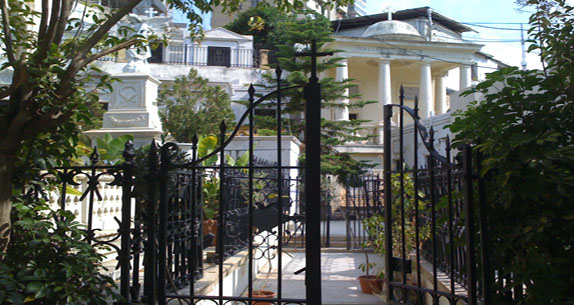 Paola Yacoub (b. Beirut) conducted her first experiments on our relation to automata in architecture and photography. Then (in collaboration with Michel Lasserre), she noted the aspect variations of Lebanese territories in war and post-war situations. This investigation has been extended into a “system of action.” The works on automata were exhibited in Haus der Kulturen der Welt, Berlin in Paola Yacoub, kiss the black stones (2012); and at the Beirut Art Center in Paola Yacoub, Drawing with the things themselves (2011). Other presentations include Do we agree? at Le Bal, Paris (2011); and What do I do? at the Photographer’s Gallery, London (2010). Her works on aspect variations were exhibited in Stand der Dinge Kunst-Werke, Berlin (2000) and at the Venice Biennial (2000 and 2003), and elsewhere. Her photo-essays were anthologized in the publication Beirut is a Magnificent City: Synoptic Tables (Fundacio Antoni Tapies, Barcelona, 2003). Yacoub received the DAAD fellowship in Berlin in 2005. She has given several lecture-performances and university workshops, and her works feature in a number of public collections around the world.

Under this Trail are Corpses - Paola Yacoub | Lecture

This statement is official; the existence of mass graves from the civil war in cemeteries has been certified by the Official Commission of Investigation into the Fate of the Abducted and Disappeared Persons from January 2001 to July 2002. One could say it in the Saint Dimitri cemetery in Beirut, among others. A photograph of this pathway can act on its own. It opens up to the connections between the various agents that made this pit exist and that are still blocking its excavation. Is it by chance that the first excavation was allowed in Anjar near the Syrian border? A photograph of the trail presented in an artistic reading involves the modes of the decision to present it in this framework. These modes will be clarified throughout.