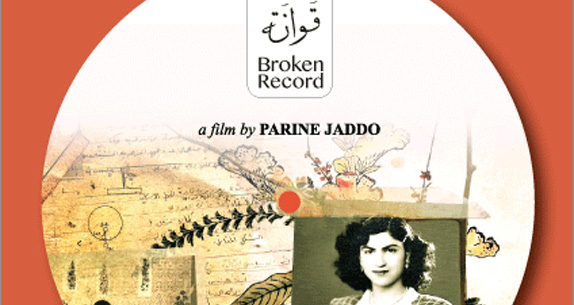 Parine Jaddo (b. Baghdad) earned an MFA in film from Howard University in Washington DC (1995). Her short films include Atash, Aisha, and Rastas’s Paradise, which was shot in Ethiopia. She taught film courses at the Lebanese American University (LAU) in Beirut, and at the New York University (NYU) in Accra. Jaddo is the recipient of the Paul Robeson Award and the Princess Grace Award for film. Broken Record is her first feature documentary. She currently resides in Beirut.

Broken Record is a poetic journey through Iraq in search of an Iraqi/ Turkmen song, which the filmmaker Parine Jaddo’s mother used to sing, and recorded with her brothers in 1960. Though she knows the melody, she no longer remembers the lyrics. Jaddo takes the viewer on an intimate journey around the country and into the basement of her family home, looking for what remains of her mother’s voice.