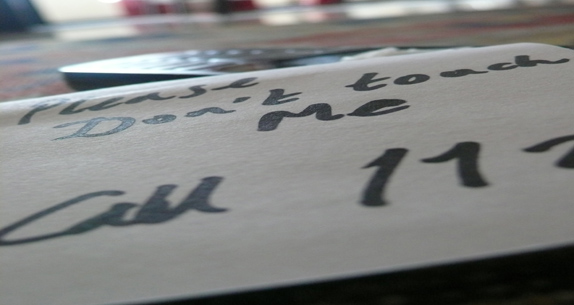 33 rpm and a Few Seconds

This work is inspired by the recent suicide of a young Lebanese activist that shook his friends and colleagues. Does the death of this young person belong to the public and collective realm, or is it personal and private? Who attempted to appropriate this act for political ends? Who, on the contrary, tried to purge its potential impact?

Lina Saneh is a Lebanese actor, writer and director, and a member of Ashkal Alwan’s Home Workspace Program Curriculum Committee. Her work includes: Photo-Romance (2009); Lina Saneh Body-P-Arts Project (a website project, 2007 and installation, 2009); Someone Must Have Been Telling Lies About Me (video-installation, 2008); Appendice (2007); I Had A Dream, Mom (video, 2006); Biokhraphia (2002) and Extrait d’Etat Civil (2000). In 2009-10 she was a resident at the International Research Center Interweaving Performance Cultures at Freie Universität, Berlin. Saneh currently teaches at the Geneva University of Art and Design. Rabih Mroué lives in Beirut. He is an actor, director and playwright, and Contributing Editor of the Lebanese quarterly Kalamon and of TDR (New York), and one of the founders and board members of Beirut Art Center (BAC). His works include: The Pixelated Revolution (2012); Photo-Romance (2009); The Inhabitants of Images (2008); How Nancy Wished That Everything Was an April Fool’s Joke (2007); Make Me Stop Smoking (2006); Who’s Afraid of Representation (2005); Looking for a Missing Employee (2003); Biokhraphia (2002); Three Posters (2000); and Extension 19 (1998) among others.

Written and directed by Lina Saneh and Rabih Mroué