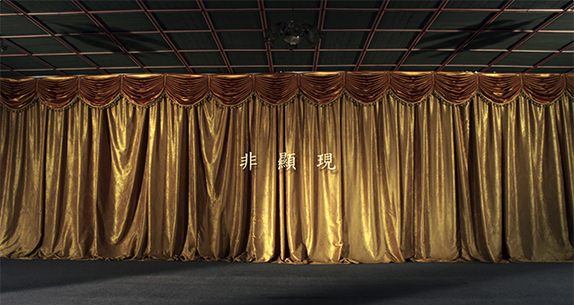 Akram Zaatari is an artist whose work is tied to collecting and exploring photographic practices in the making of social codes and aesthetic forms. He co-founded the Beirut-based Arab Image Foundation in 1997, and since 1999 has been working on the extensive archive of Hashem el Madani’s Studio Shehrazade in Saida. The author of more than 40 films and videos—including The End of Time (2013), Tomorrow Everything Will Be Alright (2010), Nature Morte (2008), In This House (2005) and All Is Well on the Border (1997)—Zaatari investigates notions of desire, resistance, memory, surveillance, the shifting nature of political borders, and the production and circulation of images in times of war. His works have been featured in dOCUMENTA(13) (2012); the Istanbul Biennial (2011); and the upcoming Venice Biennial (2013) among others. He has exhibited in institutions such as the Centre Pompidou in Paris, Tate Modern in London, Kunstverein and Haus der Kunst in Munich, and Videobrasil in Sao Paulo.

Haig Papazian is an artist and architect using video, installations, illustrations and other media to explore the intersections between city-making, cultural productions and undocumented historical narratives. In 2009 he received a BA in Architecture from the American University of Beirut, and in 2012 he was a participant in Ashkal Alwan’s Home Workspace Program 2011-12, Beirut. Papazian is the co-founder of Lebanon-based band Mashrou’ Leila who have released three albums to date.

Jumana Manna (b. New Jersey) holds a BFA from the National Academy of the Arts, Oslo, and an MA in Aesthetics and Politics from California Institute of the Arts. She primarily uses film/ video and sculpture to explore historical narratives, nationalism and subcultural communities. Her films are attempts at weaving together portraits of morally dubious characters or events, and her sculptural practice employs a language of minimalism and abstraction to reformulate familiar objects into a state of ambiguity, navigating between negation and seduction. Recent exhibitions include the International Film Festival Rotterdam; the 11th Sharjah Biennial; UKS, Oslo; and Vox Populi, Philadelphia. Upcoming exhibitions include Sculpture Center, New York; Hennie Onstad Kunstsenter, Norway; Kunsthall Oslo; Künstlerhaus Bethanien; and Meeting Points 7 curated by WHW. In 2012, Manna was awarded The Young Palestinian Artist of the Year Award from the A.M. Qattan Foundation. She lives and works in Jerusalem and Berlin.

Simon Fujiwara (b. London, 1982) spent his childhood between Japan, England, Spain and Africa. In dense dramas about personal relationships, family relations, politics, architecture and history, Fujiwara’s work explores biographies and ‘real-life’ narratives through a combination of performance, video, installation and short stories. Often appearing within his works himself, he also works with friends, family members and collaborators, who present versions of themselves as characters within his dramas. In linking fictional and real people, locations and events, Fujiwara explores the boundary between the real and the imagined, often revealing the very fiction of such a distinction. His works have been shown in solo and group exhibitions, including at Toronto’s Power Plant, New York’s Museum of Modern Art (MoMA), Hamburg’s Kunsthalle, Tokyo’s Museum of Contemporary Art, and at the Venice and Sao Paulo Biennials. In 2010 he was awarded the Baloise-Art Prize at Art Basel and the Cartier Award at Frieze Art Fair. He has published two artist books: The Museum of Incest (Archive Books, 2009) and 1982 (Tate Publishing, 2012).

The End of Time | Akram Zaatari

The End of Time is at the same time a choreography for two lovers, enacted by three figures. It looks at the birth and the vanishing of desire as an endless chain with successive beginnings and endings.

In a prolonged post-heroic transitional time, a man, trapped in a Sisyphean ideological repetition, still believes he can become a hero.

Produced in the context of Home Workspace Program 2011-12, Ashkal Alwan.

A single take, from an improvised rehearsal for a dance, documents a b-boy's attempt to breakdance to traditional folklore music. Organized movements vanish, tracing dance as an art of erasure.

Alfred Roch, member of the Palestinian National League, is a politician with bohemian panache. In 1942, at the height of WWII, he throws what will turn out to be the last masquerade in Palestine. Inspired by an archival photograph, A Sketch of Manners (Alfred Roch’s Last Masquerade) recreates an unconventional bon vivant aspect of Palestinian urban life before 1948. Posing silently for a group photo, the unmasked and melancholic Pierrots accidentally personify the premonition of an uncertain future.

The word “hypnopompic” refers to the partially conscious state that precedes complete wakefulness, characterized by “dreaming cognition trying to make sense” of reality. The term thus describes a state of being, a transition and a process always taking place in between two moments, two states. Hypnopompic is a reflection on this in-between state: exposing self-doubt, vulnerability, and lack of fixity, and simultaneously bursting with rashness and restraint. The action in the video depicts a pursuit of solid and concrete meaning yet projects a yearning for ethereality. The pas de deux ballet structure comes to mind as a frame for such action. It usually consists of an entrée, adagio, two variations (one for each dancer), and a coda (or tail). Hypnopompic is essentially a pas de deux, albeit an individualistic one, a pas de deux “uns” if you will.

What she experienced there is unknown, but from that point on, she lived a life totally different from her life before. Even within the strict restrictions she was dignified, and at times rejected what she had been ordered to do. Also, she drew strange-looking symbols and made objects with unknown uses. But what was even stranger was that the citizens of Tempus came to adore the woman who would habitually act in such a peculiar way. The people would even impart meaning to her signs and symbols. They worshipped her, looking up to her as a messenger delivering messages from a mysterious place. Tempus was thrown into confusion, and eventually the woman was banished. This led to others breaking away from the system just as she had. Tempus, which had been an all-but-impenetrable fortress, was slowly collapsing. Realizing the seriousness of the situation, the leaders of Tempus decided to take a risk in order to grasp the facts behind the unproductive acts that had begun with those of the woman. They decided to make use of the time machine that they had been secretly developing as a means to travel back in time before the apocalypse and create a system in which Tempus would have supreme power. Although the machine was only at an experimental stage, the Tempus leaders did not hesitate to use it. They believed that if the roots of such problems could be identified, then such problems could be completely removed. Tempus chose a man who was rational and levelheaded enough for the grave mission to restore its former grand status.

Studio Pietà (King Kong Komplex) tells the story of the artist’s attempt to restage and photograph a lost picture of his mother held in the arms of a former Lebanese boyfriend taken on a beach close to the Casino du Liban where she worked as a cabaret dancer in the late 1960s. In what begins as a seemingly simple reconstruction, the artist begins to understand how his role as director holds unwanted powers, through which – in the process of casting the models, designing the set and even the make-up selection – he is drawn into a labyrinth of larger social and political questions. Lederhosen, water pollution in Beirut, Michelangelo’s Pietà, King Kong, and the interrogation methods of the CIA are just some of the characters and plot twists that spin out from this dense and convoluted tale of the erotic imagination.