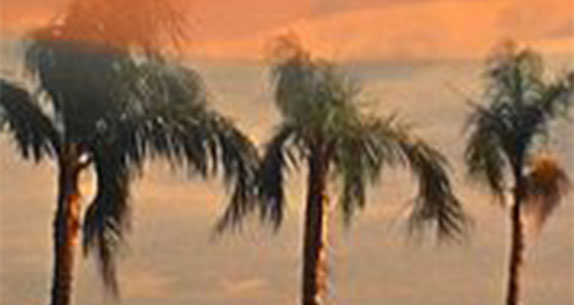 Ahmed Ghoneimy (b. Alexandria, 1986) graduated from the University of Alexandria with a bachelor degree of Fine Arts (2009). He studied basic filmmaking techniques at the Jesuit Culture Center in Alexandria. He then worked in Egyptian independent feature films as cameraman and as assistant director. His short film Bahari was screened in several international film festivals and institutions including the Museum of Modern Art (MoMA), New York and the International Film Festival Rotterdam (IFFR), and received the Hamburg Short Film Award at the 28th International Short Film Festival, Hamburg (2012). Ghoneimy is now pursuing his MA degree in film directing at the Film and TV School of Academy of Performing Arts (FAMU) in Prague. He is currently working on his project titled Zoo.

Ahmed Mater (b. Saudi Arabia, 1979) co-founded Al-Miftaha Arts Village in Abha in 1997 and Edge of Arabia in 2008. His art, encompassing photography, calligraphy, painting, installation, performance and video, explores the narratives and aesthetics of Islamic culture in a transformative era of globalization and consumerism. It is informed by his daily life as a medical doctor in Abha and his traditional upbringing. His most recent work combines video, photography and online activism to present an unofficial and subjective commentary on some of the most contested and poignant transformations taking place in Saudi Arabia today. His work has been collected by the British Museum and the Los Angeles County Museum of Art, among others. Mater lives and works in Abha, Saudi Arabia.

Mahmoud Khaled (b. Alexandria, 1982) received a BFA in painting from Alexandria University (2004) and completed Ashkal Alwan’s Home Workspace Program 2011-12 in Beirut. His practice is both process-oriented and multidisciplinary, producing works in video, photography, text, sculptures and site-specific installation. Khaled’s work has been presented in solo and group exhibitions in Europe and the Middle East, including at BALTIC Centre for Contemporary Art, Gateshead; Stedelijk Museum Bureau Amsterdam (SMBA); Bonner Kunstverein; UKS, Oslo; Salzburger Kunstverein; and Contemporary Image Collective (CiC), Cairo. His projects have been featured in several international biennials such as Manifesta 8, Biacs 3, Seville Biennale, and the first Canary Islands Biennial. Khaled received the Videobrasil in Context Prize 2012. He currently lives and works in Cairo.

Marwan Hamdan studied filmmaking in 2005 and has since been involved in the production for a number of documentary films. He is currently participating in Ashkal Alwan’s Home Workspace Program 2012-13, Beirut.

Nadim Mishlawi received his BA in Fine Arts in 2002 from the Lebanese American University and his MA in Film and Video Studies in 2006 from Université Saint Esprit Kaslik (USEK). He exhibited his sound installation On the Periphery: An Offscreen Composition at Ashkal Alwan’s Home Works III in Beirut (2004). In 2006, Mishlawi opened db STUDIOS for audio post-production with sound designer Rana Eid, working primarily as a composer for fiction and documentary cinema. He was nominated for Best Film Score at the 2011 Aubagne International Film Festival in France for his work on Georges Hachem’s Stray Bullet, and won first prize in the Muhr Arab Documentary category in the 2011 Dubai International Film Festival as well as the Berlin Art Prize for Film and Media Art in 2013, both for his documentary Sector Zero. He currently lives and works in Beirut, where he teaches sound and music for film at the Institute of Scenic and Audiovisual Studies (IESAV), Saint Joseph University.

One night, Amr wanders alone in the streets of Bahari, the marginalized eastern shore of Alexandria. While he collects material for an art project, he is allured to film a playful group of children. Two locals are provoked by Amr's actions, leading to an encounter that evokes elusive fears and desires.

In the city of Makkah a new future is being drawn up. Its contours are becoming visible amidst a landscape teeming with initiatives – from the most public to the most private – aimed at developing and reinventing seemingly fixed rituals, states and assumptions; culminating, perhaps, in the re-imagining of life at the centre of the Islamic world. Makkah is a source. Makkah is shaped by its own narrative, which can be traced back to the time of Abraham, and at the same time it releases increasingly significant effects as the global Muslim population grows and becomes more connected. Amid a rapidly changing economic landscape, Makkah is re-examining its situation with regard both to itself and the world beyond. In Saudi Arabia today contemporary models of urban development based on imported developmental know-how have become the starting point for a host of proposed new cities. For the most part, each will be constructed on a social and historical tabula rasa. Makkah presents an alternative dialogue between plan and reality. Like few other 21st century cities, it is rooted in a complex and highly emotive context in terms of its historical, geopolitical and religious symbolism. It is both one of the most visited places on earth and one of the most exclusive, and yet it is in flux – it moves, grows and invents itself again.

Time Laughs Back at You Like a Sunken Ship | Basim Magdy

An enclosed environment of isolated preservation is the setting. A man sits with his mysterious reflective device. What he sees through its eyeholes resembles what is reflected on its surface. Time passes in its own shadow as reality and its representation merge. He waits for something to happen. A ship dances on the horizon. Intricate ancient ruins and monuments intertwine with failed modern societies. Light leaks through the camera and onto the film, creating a sense of poetic unexpectedness. The protagonist is restless. He stands up and walks around in circles. Nothing happens. He sits down again as night starts falling. Time consumes itself in its selfconstructed darkness as a tree swings back and forth.

A Memorial to Failure | Mahmoud Khaled

On the pretext of a studio visit, an influential cultural figure visits an art student. Roles shift, vulnerability becomes professional, and failure celebrates itself as an infinite process.

In one of his poems, poet Mohsen al Ha'eri, speaking in the voice of Imam Hussein (the son of Imam Ali and, after his father, the second of the twelve Shi'a Imams) prior to his martyrdom in the battle of Karbala, says: "If the religion of Mohamed shall not prevail but through my killing/ Then O swords take me". This video attempts to look at the mythological and metaphysical aspects of Lebanon's July 2006 war between Israel and Hezbollah.

Produced in the context of Home Workspace Program 2012-13, Ashkal Alwan.

Echoes in a Room with No Walls | Nadim Mishlawi

Echoes in a Room With no Walls is an abstract approach to the same concepts examined in Nadim Mishlawi’s previous documentary Sector Zero. Both films were shot completely in the ghetto district of Karantina on the outskirts of Beirut. Echoes explores the inability of Lebanese society to overcome its traumatic past and the fear of confronting these traumas rather than ignoring them and allowing them to fester. The core concept is therefore that of the past as an ever-present, oppressive force. The film considers the possibility of our past echoing through time and haunting our present, thus obscuring our comprehension of reality.