Militant Cinema and The Adjudicating Gaze 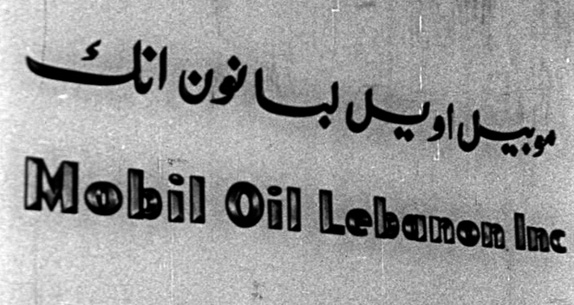 Subversive Films is a cinema research and production initiative that aims to cast new light upon historic works related to Palestine and the region, to engender support for film preservation, and to investigate archival practices and effects. Other projects developed by Subversive Films to explore this cine-historic field include the digital reissuing of previously overlooked films, the curation of rare film screening cycles, and the subtitling of rediscovered films. Subversive Films was formed in 2011 by Mohanad Yaqubi, Reem Shilleh and Nick Denes and is based in Ramallah and London. In addressing their dissident claims toward the court of public opinion at home, several of the international radicals who applied film to champion the Palestinian cause in the 1970s pretended to the role of expert witnesses. Though militantly partisan, they adapted cinematic conventions suggesting the international gaze as one of relative impartiality, their films soberly adjudicating over the historic and moral legitimacy of the Palestine case. Moving images were submitted as audio-visual evidence for the prosecution of Zionism or as proofs legitimating armed struggle. And when filmic structures associated with observational neutrality inevitably struggled to contain the filmmakers’ ideological sensibilities, the collision of impassioned advocacy and impartial witnessing resulted in some distinct forms of militant cinema.

The following research screenings comprise two works made on the Palestinian revolution by radical filmmaking collectives: L’Olivier/ The Olive Tree by the Groupe Cinema Vincennes (1976, France), and We Are the Palestinian People/ Revolution Until Victory by Pacific Newsreel (1973, US). A discussion with the audience follows each screening.

Pacific Newsreel Based around San Francisco and active from the late 1960s, Pacific Newsreel formed part of a loose network of U.S. filmmaking collectives. Later known as California Newsreel, Pacific Newsreel emphasised films countering mainstream discourse on the war in Vietnam, and on violations of workers’ rights based on ‘race’, class, or gender. Films were largely informed by Maoist principles, and were circulated within the U.S. via trade union and affiliate party organs as part of a bid to mobilise for revolutionary change in the U.S.

We Are the Palestinian People is the only known example of 1970s Maoist cinema to be produced in the US on the subject of Palestine. Released under two alternative titles, and with prints issued featuring either Spanish or English narration, the film was visually fashioned wholly from stock material, drawn from documentaries, newscasts, and archives. Aimed at a US audience, it offered an ambitious Marxist/ Leninist reading of the entire history of Zionist colonization and Palestinian resistance. Unusual (and bold) for attending closely to the relationship between Zionism and the Holocaust, the film disappeared from circulation in the US by the late 1970s, and has only just been rediscovered.

L’Olivier responded to a concern that French public support for the Palestinian cause was diminishing in the wake of the 1972 Munich operation. Structured so as to chronicle the Palestinian story and to explain the current chapter in the liberation struggle, the film called for global militant solidarities and particularly for European political engagements.