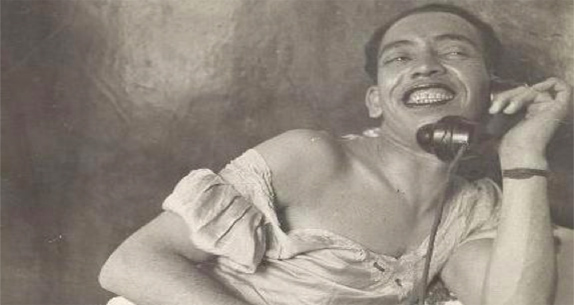 Tarek El-Ariss is Assistant Professor of Middle Eastern Studies at the University of Texas at Austin, and EUME Fellow (2012-2013). He received a BA in Philosophy from the American University of Beirut and a PhD in Comparative Literature from Cornell University (New York). His research focuses on contemporary Arabic literature, visual and popular culture, and new media. El-Ariss is the author of Trials of Arab Modernity: Literary Affects and the New Political (Fordham University Press, 2013), and co-editor of Queer Affects (Special Issue of International Journal of Middle Eastern Studies, 2013). He also edits the series on literature in translation Emerging Voices from the Middle East (University of Texas Press). He is the editor of The Arab Renaissance: Anthology of Nahda Thought, Literature, and Media (forthcoming 2014). His new book project examines new media’s effects on Arabic artistic and political practices by exploring the way modes of confrontation, circulation, and exhibitionism shape contemporary writing practices and critiques of power.

Focusing on the figure of Majnun from the Udhri tradition onward, this talk examines madness in Arabic culture as a state of possession by an all-consuming desire. Madness manifests itself through the consecutive appearances and disappearances of reason, desire, and the body. Investigating the interplay of madness (junun), disappearance (ikhtifa’), and disguise (takhaffi), El-Ariss analyses Majnun’s return as a queer character in contemporary literature and culture. An impassioned lover and mad rebel, Majnun challenges social and political normativity and resists models of incarceration and policing both in the Arab world and in the diaspora. Drawing on the Arab-Islamic literary and philosophical heritage and critically engaging Michel Foucault’s theses on madness and sexuality, this talk confronts the violent political appropriation of current debates about sexuality in the Arab world and constructs instead a map of desire centred on the emaciated body of the obsessive lover, seeking fulfilment across locales and cultural and historical contexts.